Cai Guo-Qiang: A Clan of Boats at Faurschou Copenhagen 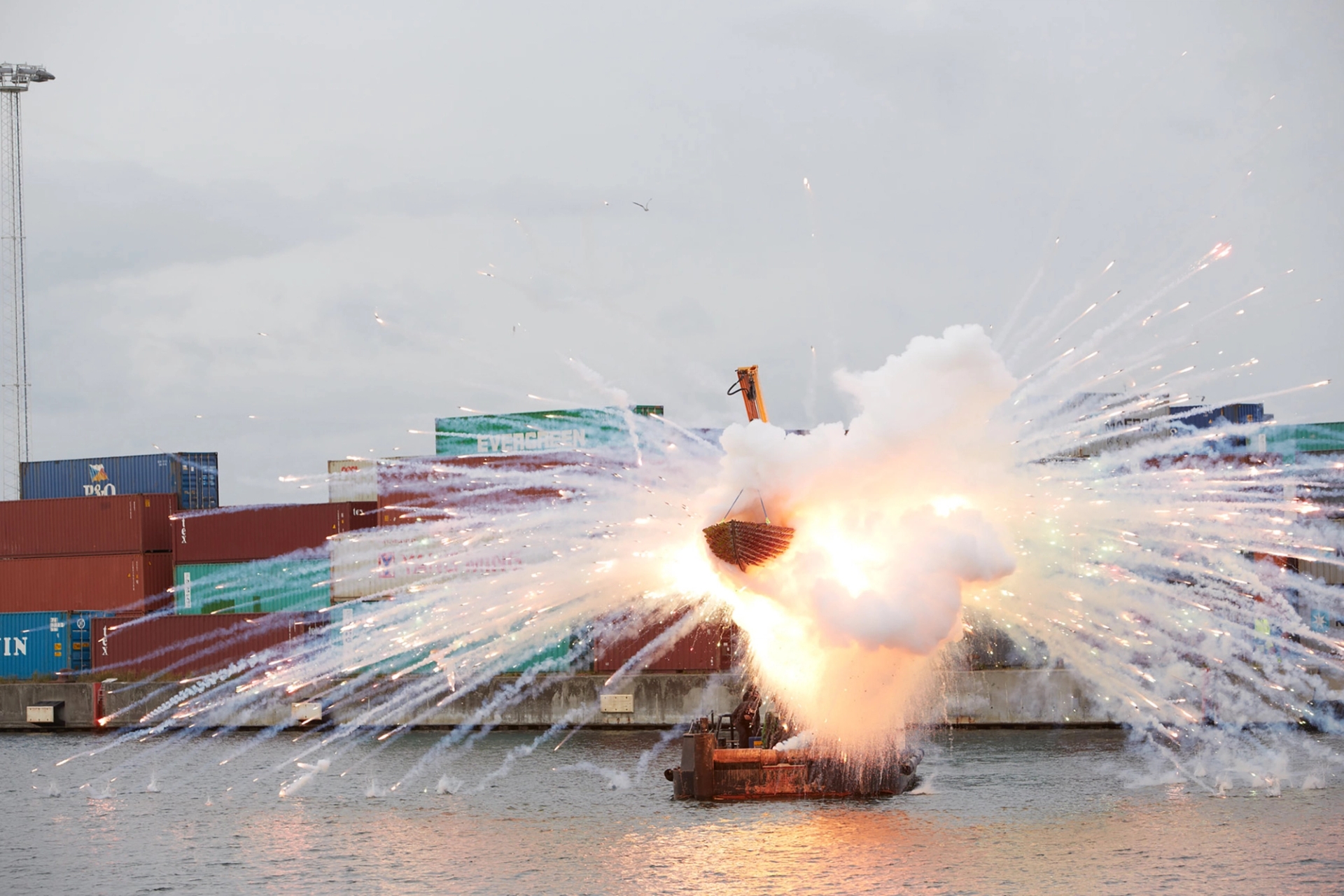 A Clan of Boats, the inaugural solo exhibition by celebrated Chinese artists Cai Guo-Qiang will be on view at Faurschou Copenhagen from September 6 through December 7, 2012. The exhibition includes a series of newly commissioned gunpowder drawings inspired by Denmark’s nature, culture, and history. It will also highlight Reflection–A Gift from Iwaki, one of Cai’s major works in Faurschou’s collection. On the opening day, the artist will realize an outdoor explosion event.

The exhibition will mark Cai’s first one-man show in Scandinavia since 1997, when Louisiana Museum of Modern Art, Denmark, presented Cai Guo-Qiang: Flying Dragon in the Heavens.

For the exhibition Cai draws inspiration from Faurschou’s location by the harbor, the Danish landscape, and the country’s historical and cultural connection to the sea. It re-visits several prominent themes in his oeuvre, such as the ocean, boats and voyages, and cross-cultural encounters. The seas surrounding Denmark connect the entire Scandinavia, whose seafaring history goes back to the Vikings. Along with these seamen and ship makers, Nordic nature and the icy landscape also play a large influence on the exhibition. Cai and his studio team will work closely with local volunteers in Copenhagen to create the gunpowder drawings. Open to public from August 25 to September 2, the event allows audience members to see how the artist works with such an extraordinary medium. 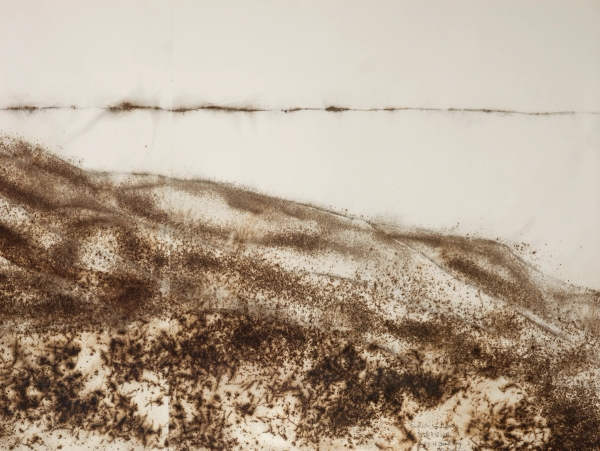 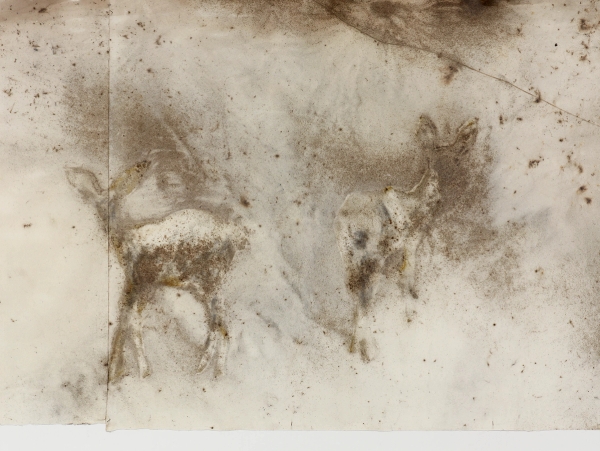 During the opening on September 6, Cai will attempt his first three-dimensional gunpowder drawing. A small, traditional Danish boat, with a layer of paper mounted on the exterior and three thousand mini rockets piercing through the hull, will be suspended over the plaza outside the foundation. Once ignited, the mini rockets will set off, appearing as if the boat is fanning its wings. As a new work, the boat will then become part of the exhibition after the opening. 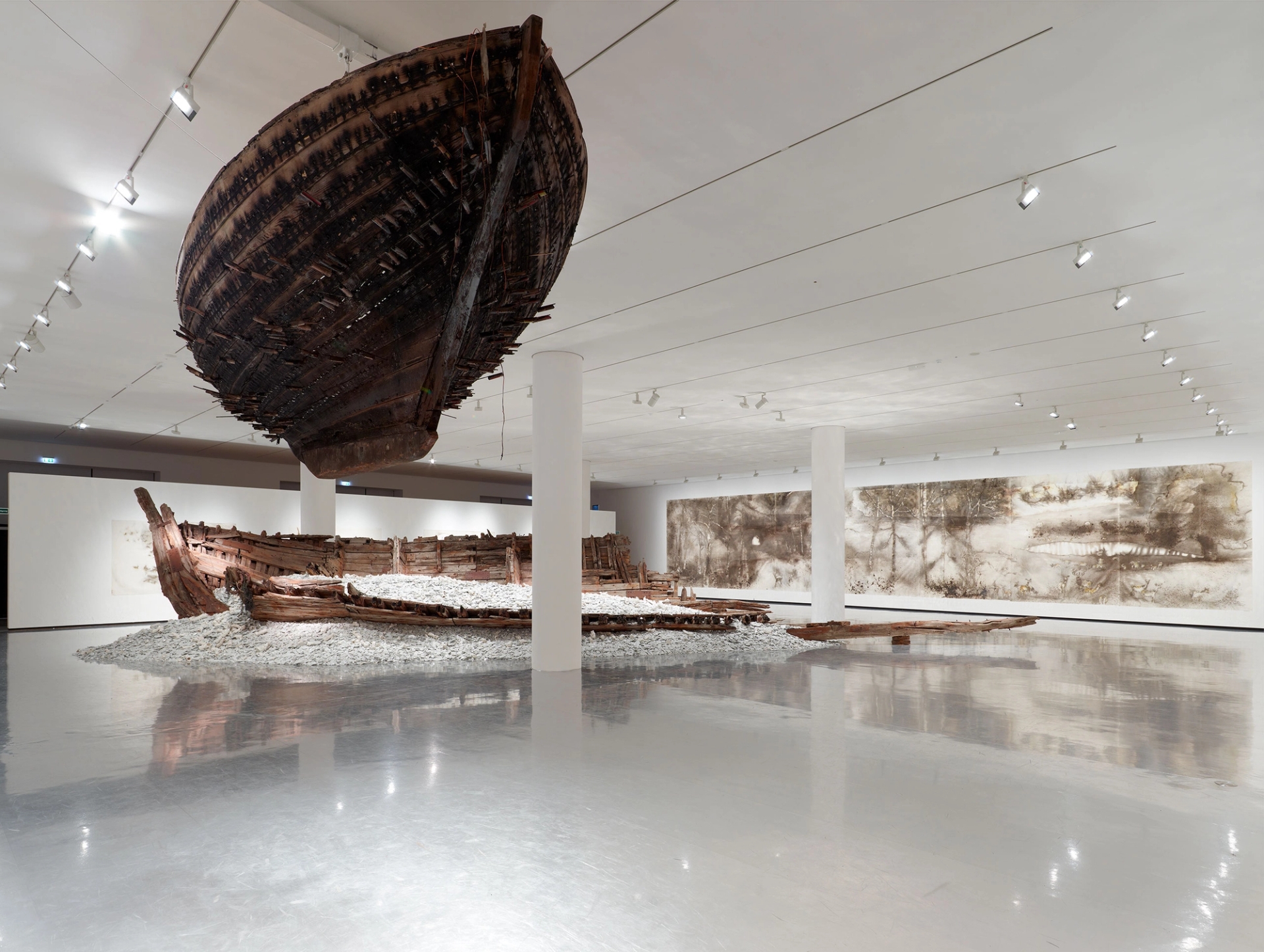 The installation Reflection – A gift from Iwaki consists of a wreck that Cai excavated from the coastal town of Iwaki in Japan in 2004. Cai then transformed the ship into an artwork, filling it with broken blanc de chine porcelain from Dehua, a region near his hometown Quanzhou. Reflection has been shown at several important Cai Guo-Qiang exhibitions around the world, with the team of Iwaki volunteers joining Cai to re-install the iconic work each time. A full-color catalogue will accompany the exhibition, with an essay by art critic Karen Smith, an interview from curator Hans Ulrich Obrist, and a recount of the artist’s fascination with boats since his youth, along with descriptions of all boat-related works throughout his artistic journey by Cai himself.

Cai Guo-Qiang was born in 1957 in Quanzhou, China. Cai’s work crosses multiple mediums within art, including drawing, installation, video, and performance. While living in Japan from 1986 to 1995, he explored the properties of gunpowder in his drawings, an inquiry that eventually led to his experimentation with explosives on a massive scale and to the development of his signature explosion events. Cai was awarded the Golden Lion at the 48th Venice Biennale in 1999, the 7th Hiroshima Art Prize in 2007, and the 20th Fukuoka Asian Culture Prize in 2009. He also served as Director of Visual and Special Effects for the 2008 Summer Olympics in Beijing. He currently lives and works in New York.