Shirin Neshat: The Book of Kings at Faurschou Beijing 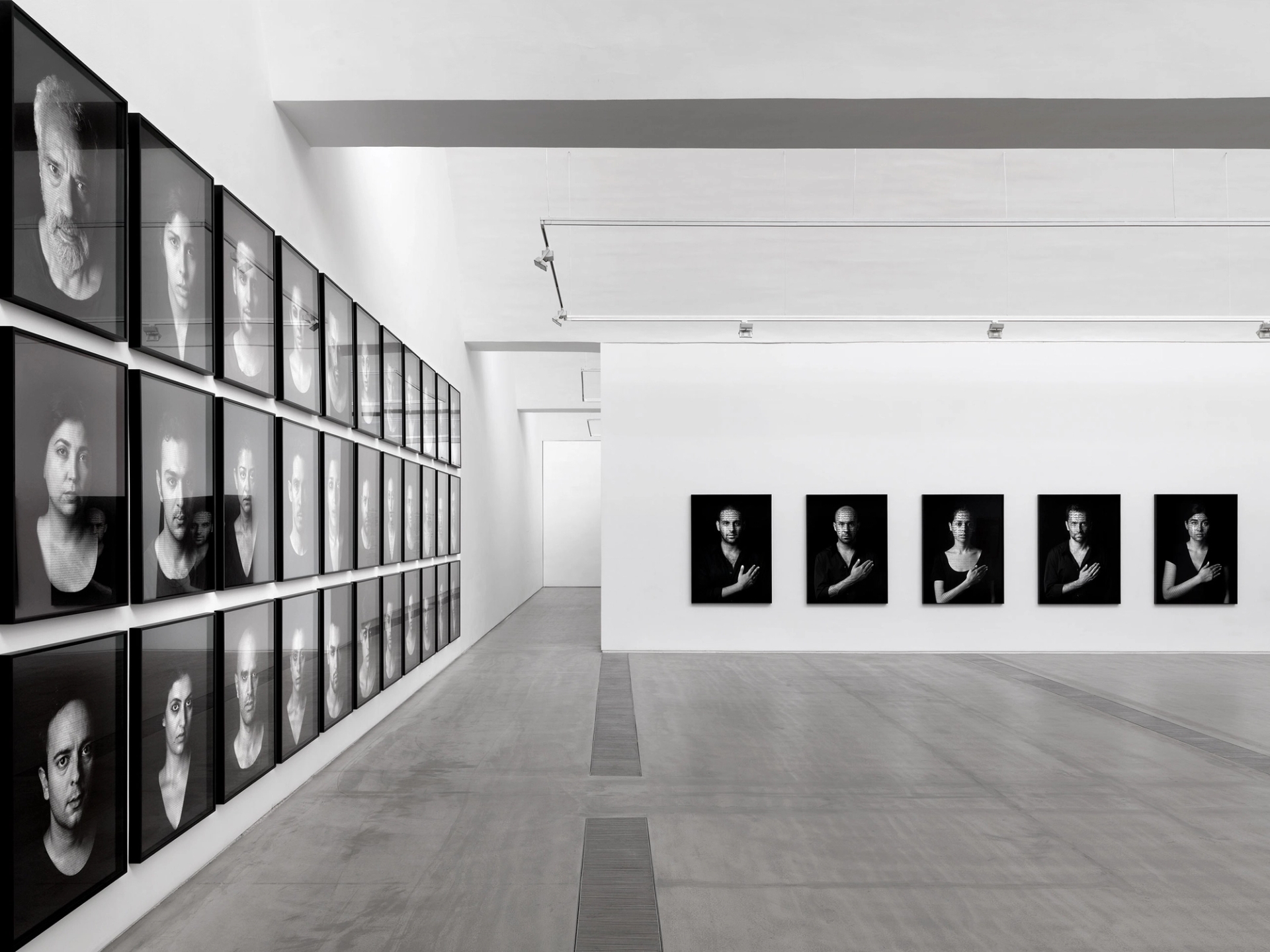 Faurschou Beijing is honored to present Shirin Neshat's The Book of Kings which will be on view 13 April - September 8, 2013. The exhibition features a new body of photography works and a video installation by the internationally acclaimed Iranian artist, whose work interweaves an austere yet sensuous visual language with music, poetry, and history, as well as the political and philosophical Neshat's new photography series The Book of Kings is inspired by the 60,000-verse epic poem, Shahnameh (Book of Kings), by the 11th century poet Ferdowsi, which chronicled the history of Iran through the 7th century Islamic conquest of Persia. Interweaving history, poetry and politics, the series is set against the backdrop of the recent Arab Spring, and the Iranian Green Movement, which brought hundreds of thousands onto the streets across Iran in June of 2009 in protest against corrupt power. Just as Shahnameh cast the Islamic conquest of Persia as a tragedy, so The Book of Kings commemorates the countless masses of unknown citizens who courageously sacrificed themselves in the name of justice across the Middle East and Arab world. The series is comprised of three groups of large-scale, black and white portraits, hand-annotated with poetry and prison writings in Farsi calligraphy - the Villains, the Patriots, and the Masses. In these works, the individual becomes monumental and the political becomes personal. 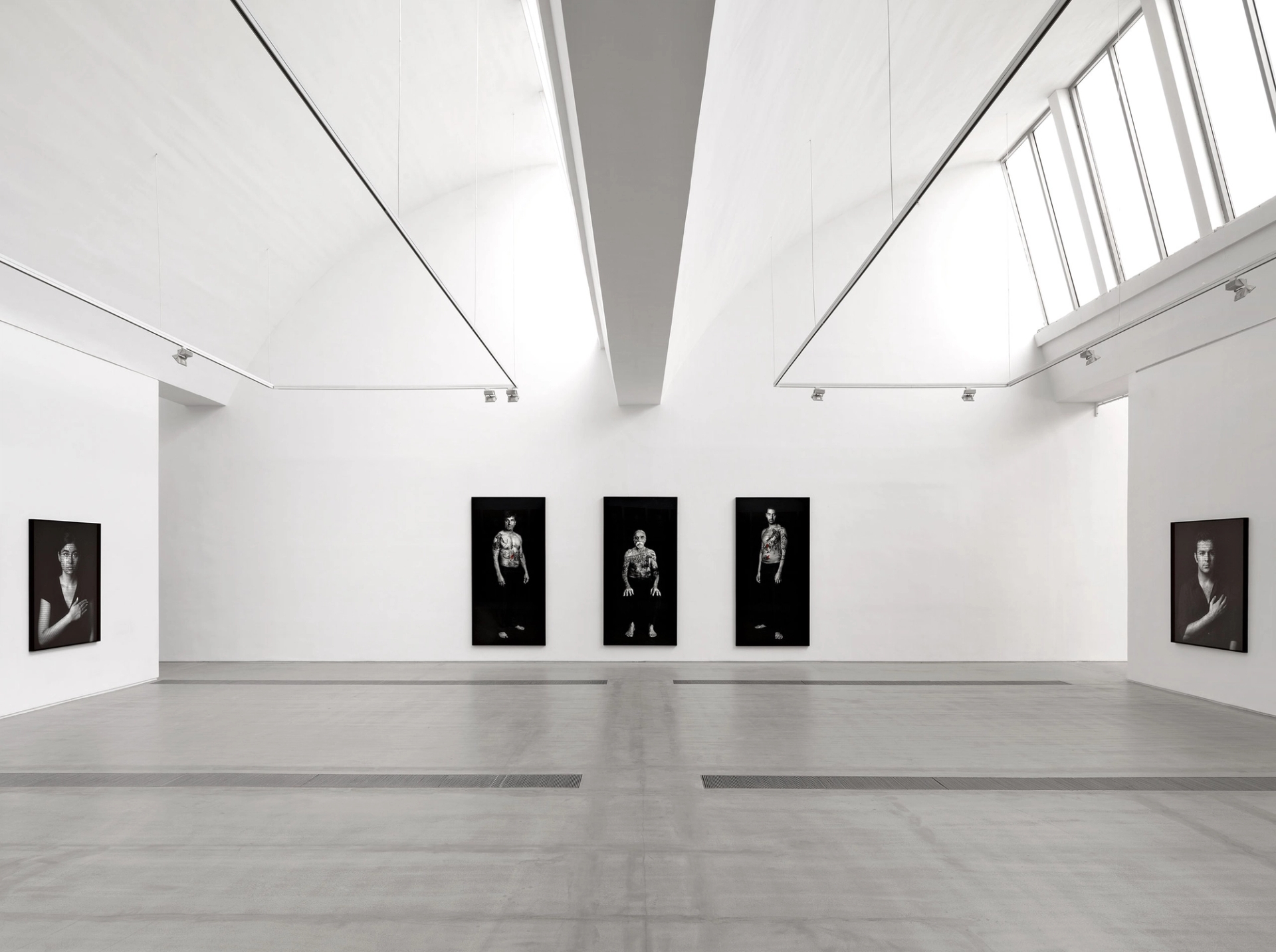 The villains look their part. Phalanxes of soldiers on horseback riding into bloody battle adorn their bare chests, arms. Painted on the surface of thephotographs, these images are depictions of the ancient tragedy, chronicled in Shahnameh, parallels are drawn between the contemporary regime and the Islamic conquers of old. The only color in the stylized drawings overlaid atop the photographs is red for the blood of the martyrs that was spilled defending Persia against the invaders, alluding to a new generation of martyrs today. 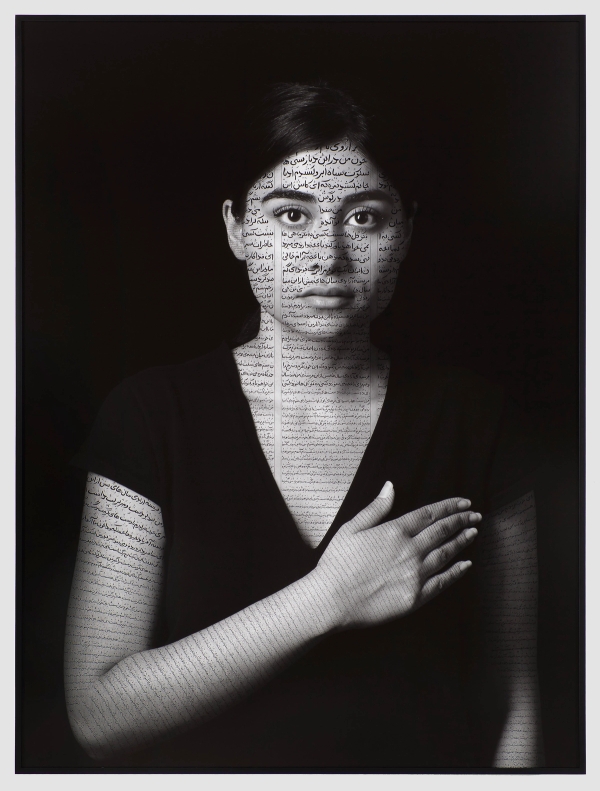 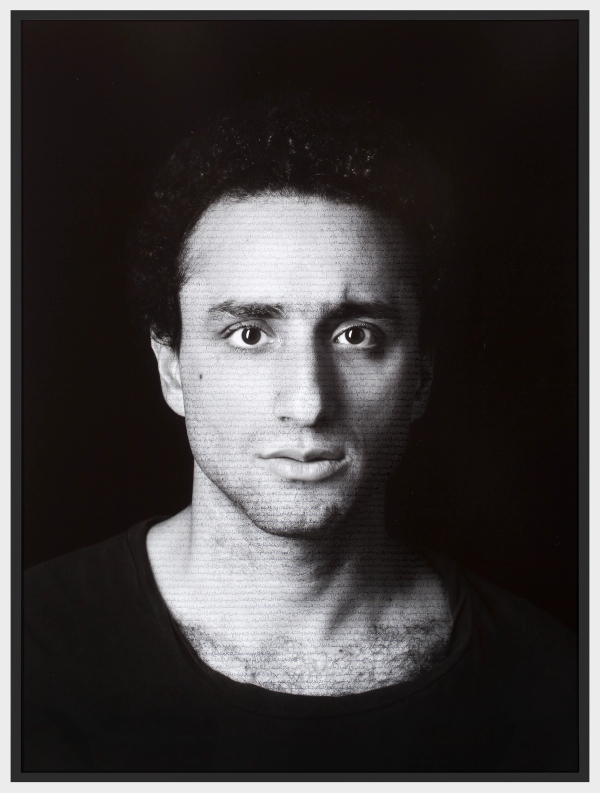 The Patriots gaze earnestly into the camera, hands on hearts, adorned with exquisite calligraphic renderings of Persian poetry, lines from Iranian prison memoirs, verses from the Shahnameh. But who are the Patriots really? Are they those who seek to change to the system and build a more just one? Are they patriots supporting the current regime? Or, perhaps they are both, and it is history itself that turns on this irresolvable ambiguity. The Masses are represented by a grid of 45 portraits, similarly inscribed with Neshat's meticulous calligraphy. Paying homage to these unknown citizens who demonstrated the power of the powerless as they took to the streets, she captures their faces almost void of expression, as if history were still waiting to be inscribe itself upon them. Will they become martyrs, patriots, or villains? Perhaps Neshat leaves this question intentionally open. The three-channel video, OverRuled (2011), presents an modern remake of the trial of 10th century Sufi dervish martyr, the poet Mansur Al-Hallaj, accused of heresy and executed by public dismemberment. Al-Hallaj's belief in the possibility of an unmediated, experiential, spiritual connection to God, was deemed blasphemous by the Caliphate, just as artists and writers are treated as potentially subversive in many places today. Neshat transforms the story of his trial and execution into an allegory of spiritual overcoming. Neshat's interlacing of the historical and the contemporary valorizes the vulnerable yet tenacious ways that people struggle to reclaim their agency, oﬀering rich visual and aural narratives of how the human spirit can reclaim its dignity even in the face of brutal repression. 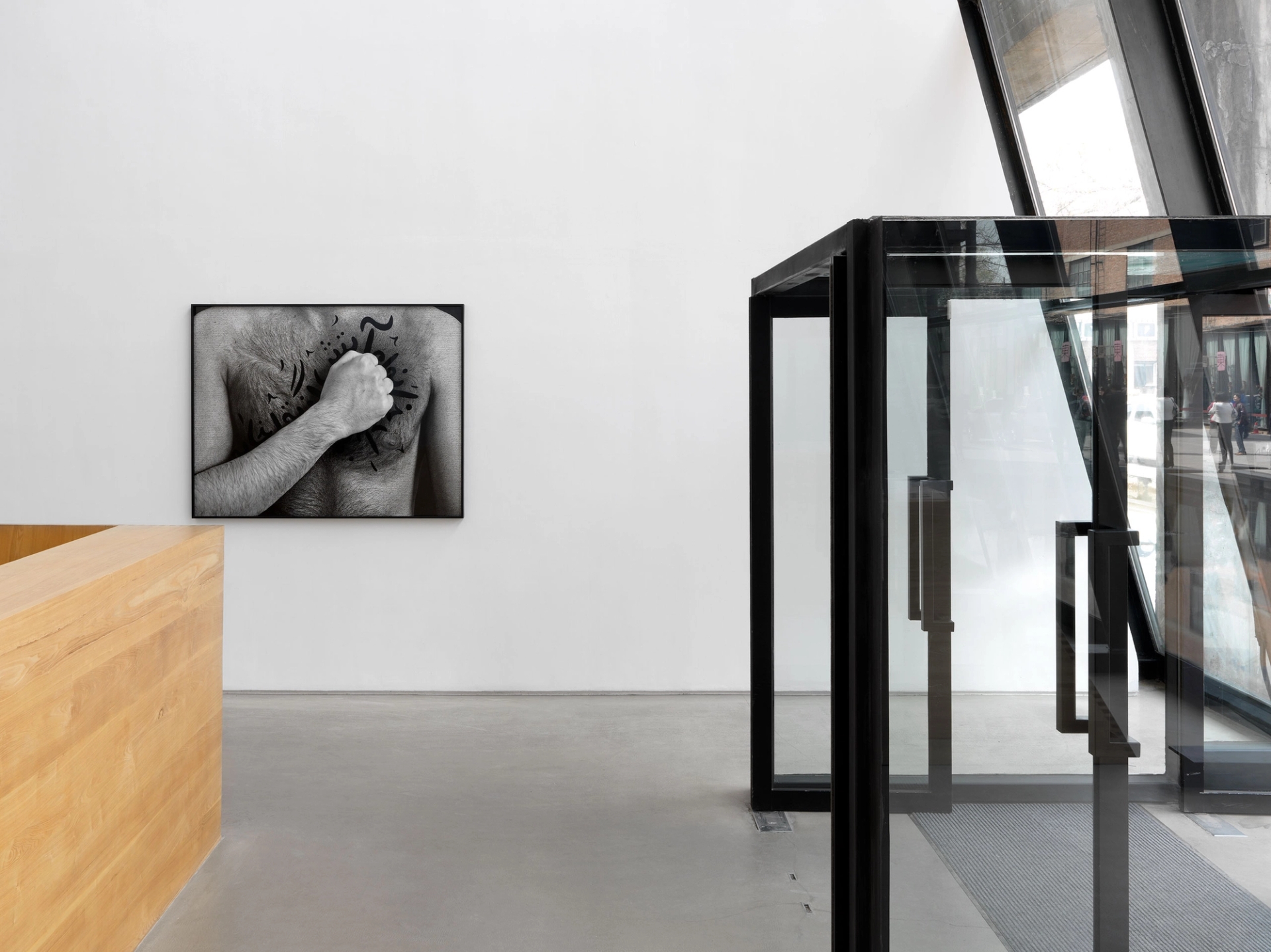 About Shirin Neshat Born in Qazvin, Iran, in 1957, Shirin Neshat moved to the US in 1974, where she studied art. The historic rupture of the 1979 Islamic Revolution in Iran changed her life and creative practice. She gained international prominence in 1995 with her iconic series of black and white, calligraphy- overlaid photographs, 'Women of Allah'. She broke new ground winning the Golden Lion award at the Venice Biennale (1999) for her video installation, 'Turbulent', and the Silver Lion at the International Venice Film Festival (2009) for directing 'Women Without Men'. Solo exhibitions include shows at the Museo de Arte Moderno, Mexico City; Contemporary Arts Museum, Houston; Walker Art Center, Minneapolis; Castello di Rivoli, Turin; the Art Institute of Chicago; the Serpentine Gallery, London; Neshat has participated in the New Orleans Biennial (2008), Documenta XI, Whitney Biennial (2000), and the Venice Biennale (1999). She lives and works in New York City.