Peter Doig: Cabins and Canoes. The unreasonable silence of the world at Faurschou Beijing 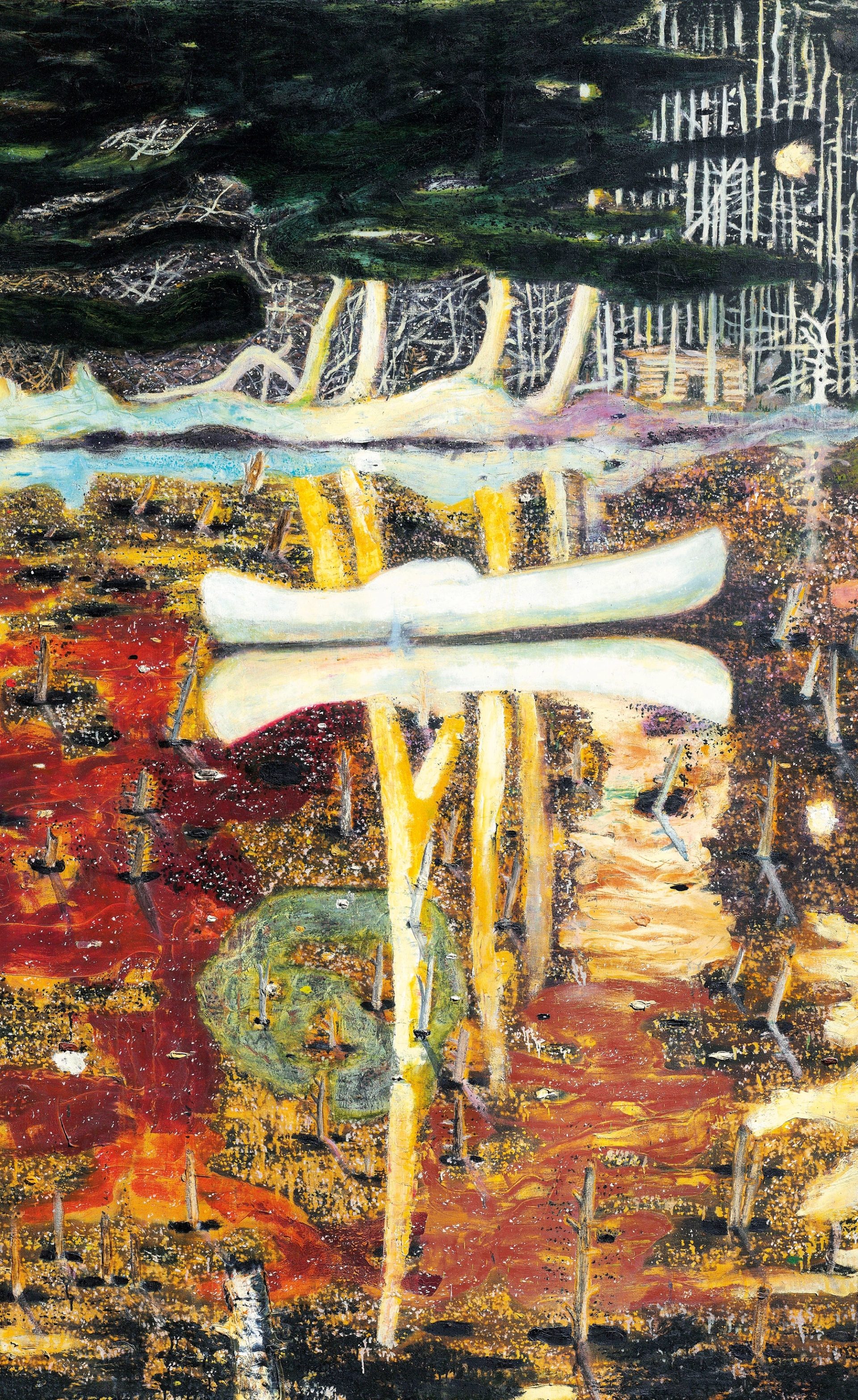 Cabins and Canoes. The Unreasonable Silence of the World opening at Faurschou Beijing, will be acclaimed painter Peter Doig's first solo exhibition in China on view from March 30 thru June 24, 2017.

Curated by Francis Outred, ‘Cabins and Canoes: The Unreasonable Silence of the World’; is a tightly-curated selection of the painter’s signature motifs: cabins and canoes. The exhibition will feature some of Doig’s most celebrated paintings including, Swamped (1990), The Architect’s Home in the Ravine (1991), and Daytime Astronomy (1997-8). The paintings will be juxtaposed with excerpts from Albert Camus’ writings to question the condition of human experience as explored in Doig’s practice. The exhibition will be accompanied by a catalogue containing a complete survey of Doig’s series of ‘Cabins’ and ‘Canoes’, as well as texts by Francis Outred, Anna Campbell and the renowned artist Zeng Fanzhi. Doig’s itinerant past, moving throughout his childhood and early adult life from Edinburgh to Trinidad and then Canada to London, finds a keen expression in two consistent strands of imagery in his work: cabins and canoes. For Doig, these motifs are more than recollections of his travels. They are the vehicles through which he seeks to dramatize the workings of memory itself. 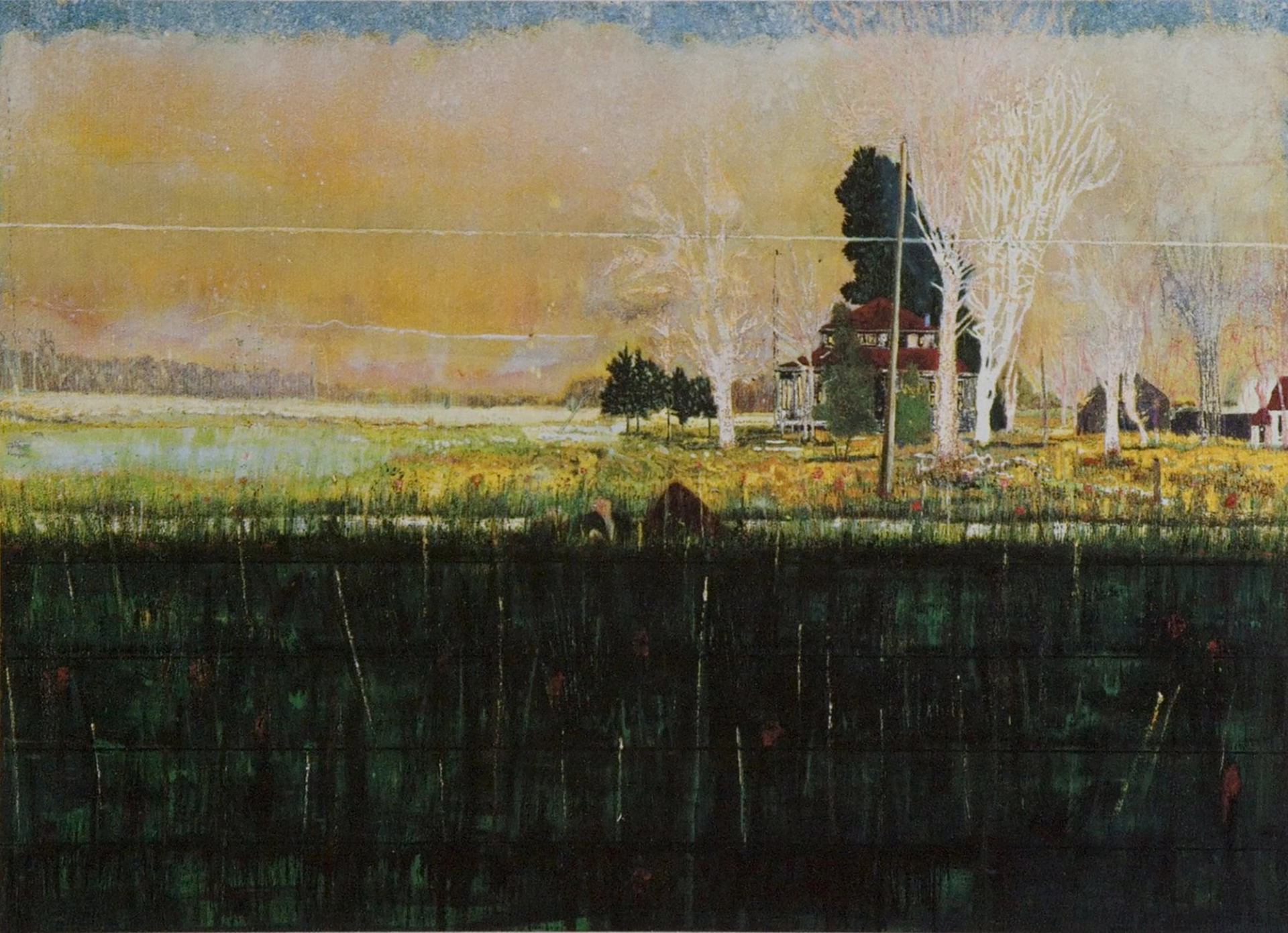 A centrepiece of the exhibition Daytime Astronomy (1997-98) captures a moment of profound revelation: as a seventeen-year-old boy, working on Canada’s wide-open Western plains, it is the moment that the artist first became aware of the void that separates man from the world around him. A symphony in paint, the surface of Daytime Astronomy projects the hallucinogenic experience of not only watching the sky – but also of remembering it. The Architect’s Home in the Ravine (1991) depicts the home of architect Eberhard Ziedler, which can be barely glimpsed through an intricate tangle of interlaced branches. The building’s presence is deeply unsettling: an unexpected trace of human life that instils a primal, voyeuristic discomfort in the viewer. The Architect’s Home in the Ravine is like memory itself, a perpetually moving target: one that preys upon our psyche whilst fundamentally resisting all attempts to unravel it. 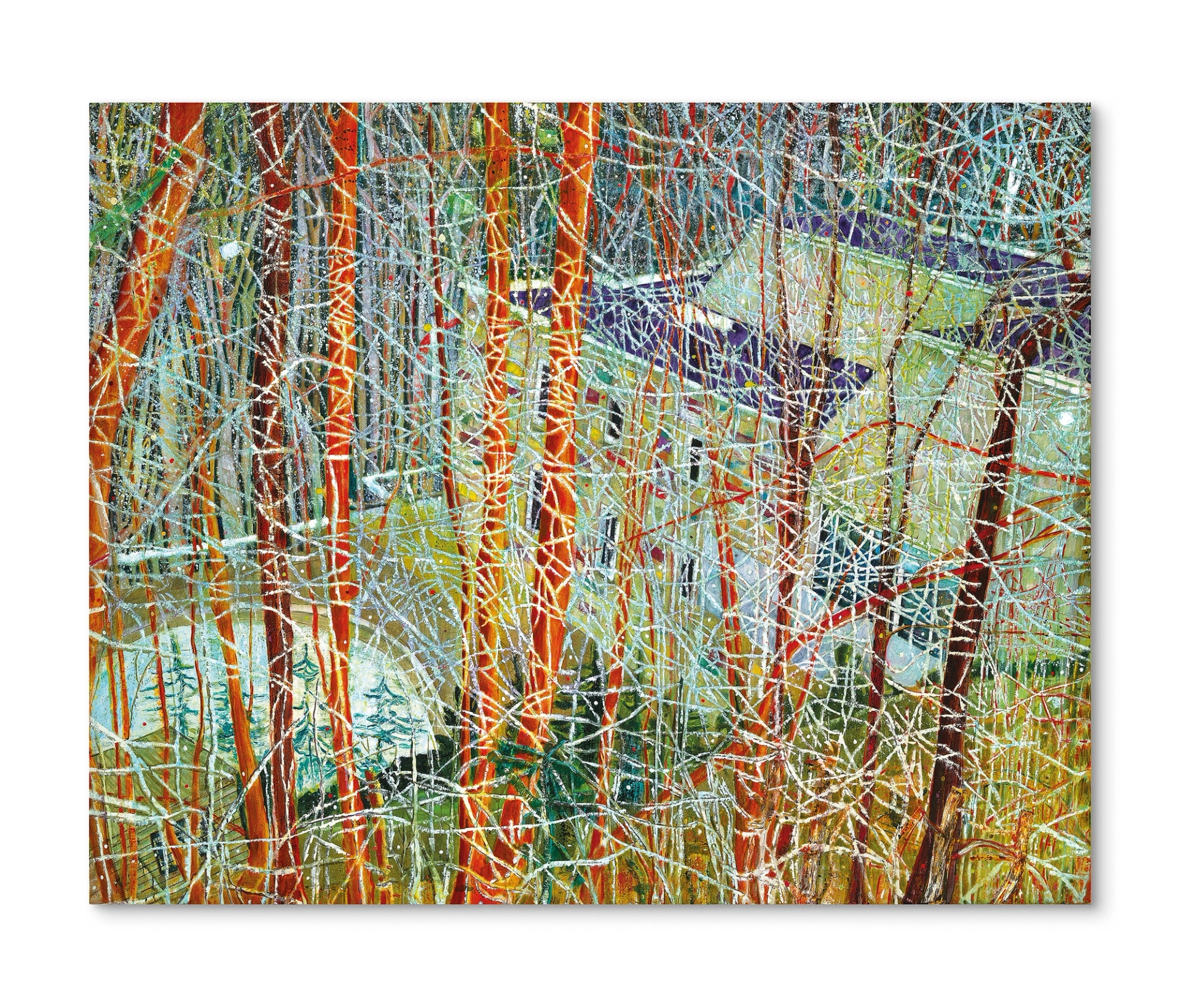 Like the cabins, the canoes function as metaphors for memory. However, if the cabins embody the human struggle to recapture specific moments, the canoes are vehicles for re-enacting drifting states of consciousness. Swamped (1990) is a shifting boat and its lone inhabitant are subsumed by a swirling painterly vortex that disperses like cloud formations across the surface. The canoe gleams from the midst of lagoon, illuminated by the white glow of moon above. All around it, Doig weaves a surging pool of matter that moves seamlessly between lucid reality and abstract delusion.

Man stands face to face with the irrational. He feels within him his longing for happiness and for reason. The absurd is born of this confrontation between the human need and the unreasonable silence of the world 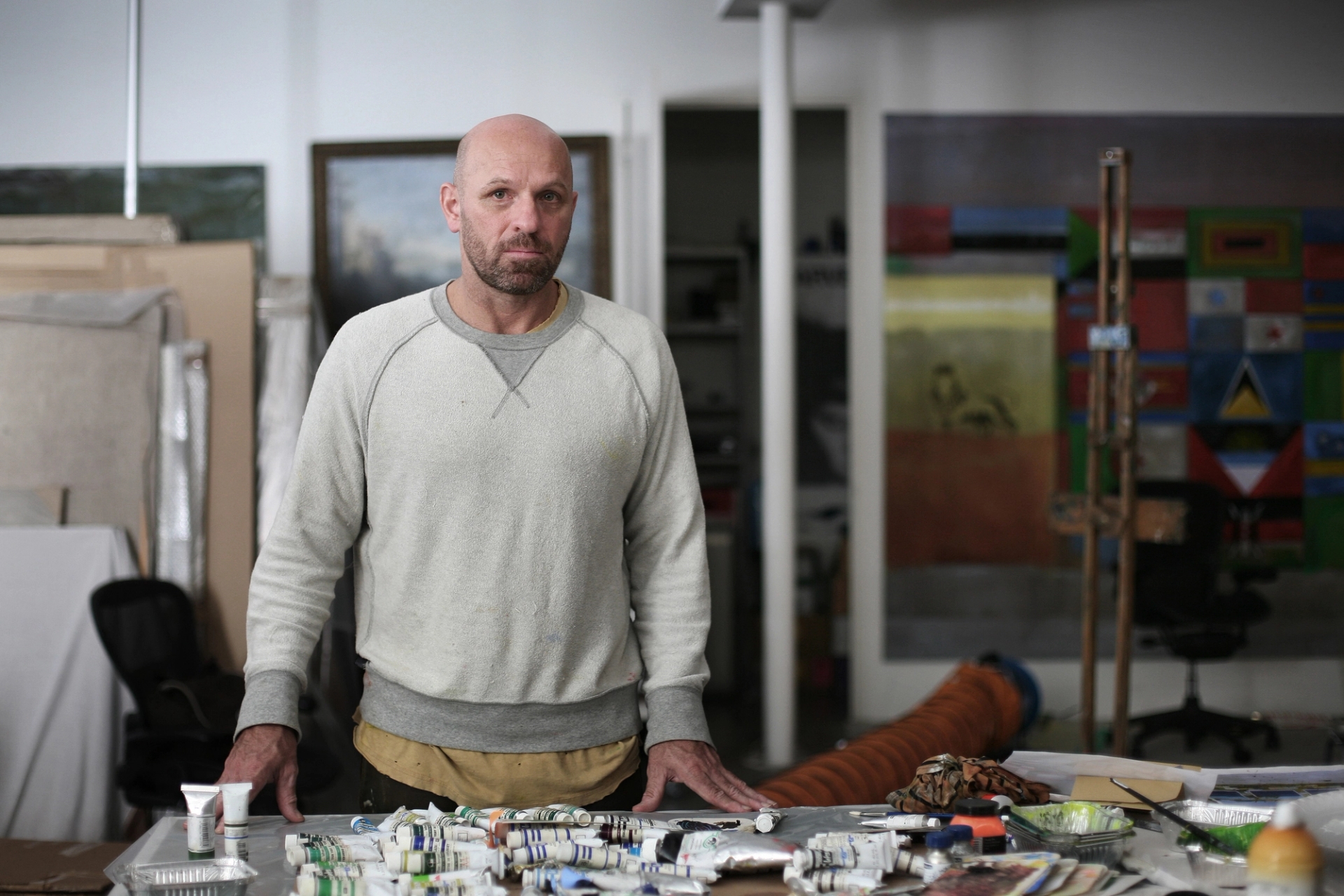 Peter Doig was born in 1959 in Edinburgh, Scotland. Known as one of the most renowned living painters, he spent most of his childhood in Canada, studied in London, and has settled in Trinidad since 2002. After graduating from the Chelsea College of Art and Design in 1990, Doig’s artistic career was launched after receiving the prestigious Whitechapel Artist Award in 1991 and was nominated for the Turner Prize in 1994. In January 2017 he was the fourth artist to receive the annual Art Icon award at the Whitechapel Gallery in partnership with Swarovski. He has also been the subject of several solo exhibitions including those at the Tate Britain in London in 2008 and the Montreal Museum of Fine Arts in 2014. His 2013 solo exhibition ‘No Foreign Lands’ at the Scottish National Gallery, Edinburgh, which toured to Musée des Beaux-Arts de Montreal, was universally celebrated, with the Financial Times stating: ‘Anyone interested in the future of painting, and its difficult relationship with tradition, should see this show’. In 2015 his major solo exhibition at the Louisiana Museum of Modern Art was described by Artforum as ‘a subscription to the singular power of pictures’. Doig currently lives and works in Trinidad, New York and London.