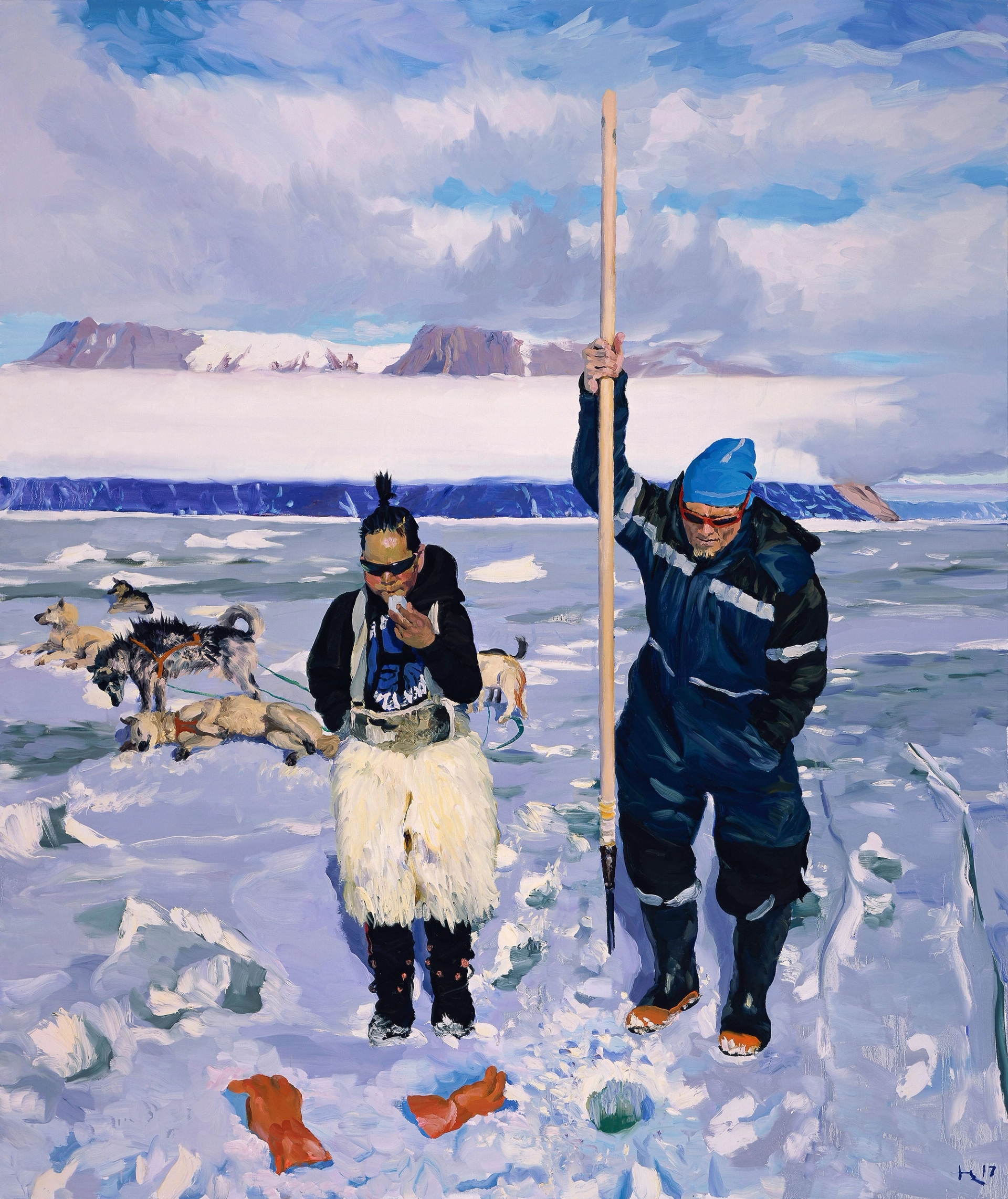 Liu Xiaodong's exhibition Uummannaq is the first full exhibition of the artist’s Greenland paintings, and follows a smaller presentation of the series at Louisiana Museum of Modern Art in Humlebæk Denmark, in 2019.

In the spring and summer of 2017, Liu Xiaodong travelled to the remote island of Uummannaq, a small fishing and hunting community in northwestern Greenland where Inuit culture is still an important part of everyday life. The project was initiated and supported by Faurschou Foundation. On location, the artist created a series of works focusing on the Uummannaq Children’s Home, the world's northernmost residential institution for children and young adults from broken homes and disadvantaged families. 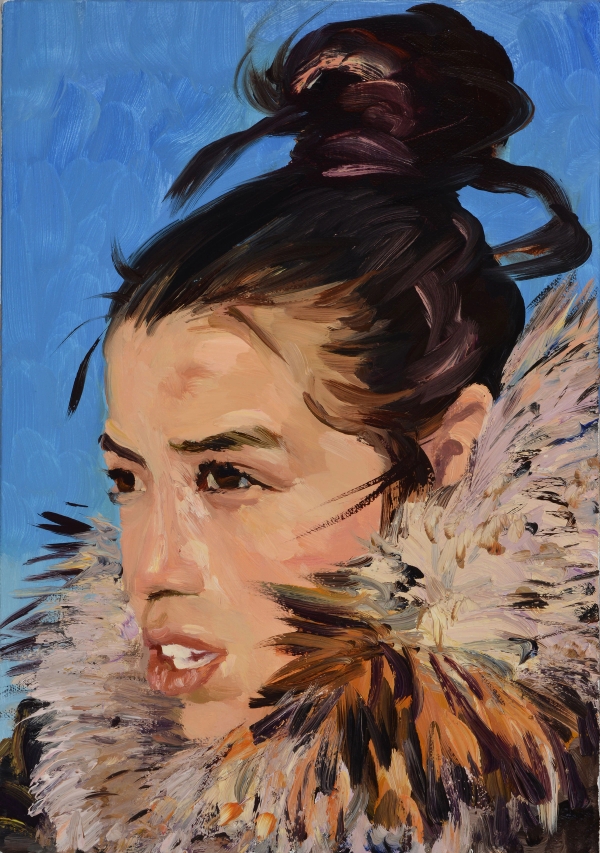 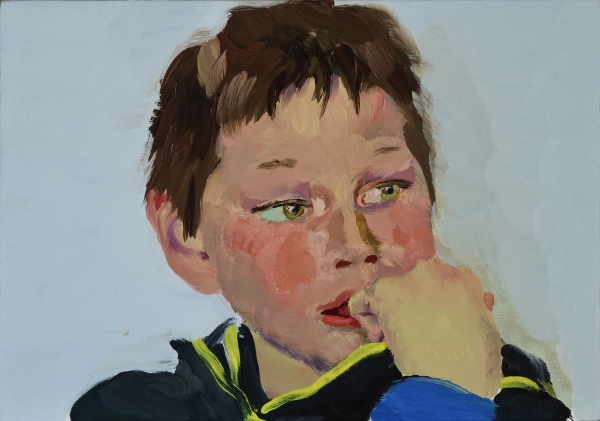 With his signature realist style, Liu Xiaodong captures the spirit of the Arctic by depicting both the landscape and its people in several large-scale paintings, numerous portraits, drawings, and diary notes, as well as a documentary film depicting his journey—all of which are on view at Faurschou New York.

The name Uummannaq, which means “enlivening,” can be ascribed to the island’s dramatic landscape and the people’s colourful traditions, the beauty of which is rendered in Liu Xiaodong’s paintings. However, the artist also exposes the harsh realities of the islanders by focusing on everyday life at the Children’s Home. Influenced by a history of colonization, the ramifications of extreme climate, rapid urbanization, and the increasingly devastating effects of global warming, the people of Greenland suffer from high rates of alcoholism, drug abuse, domestic violence, and suicide. 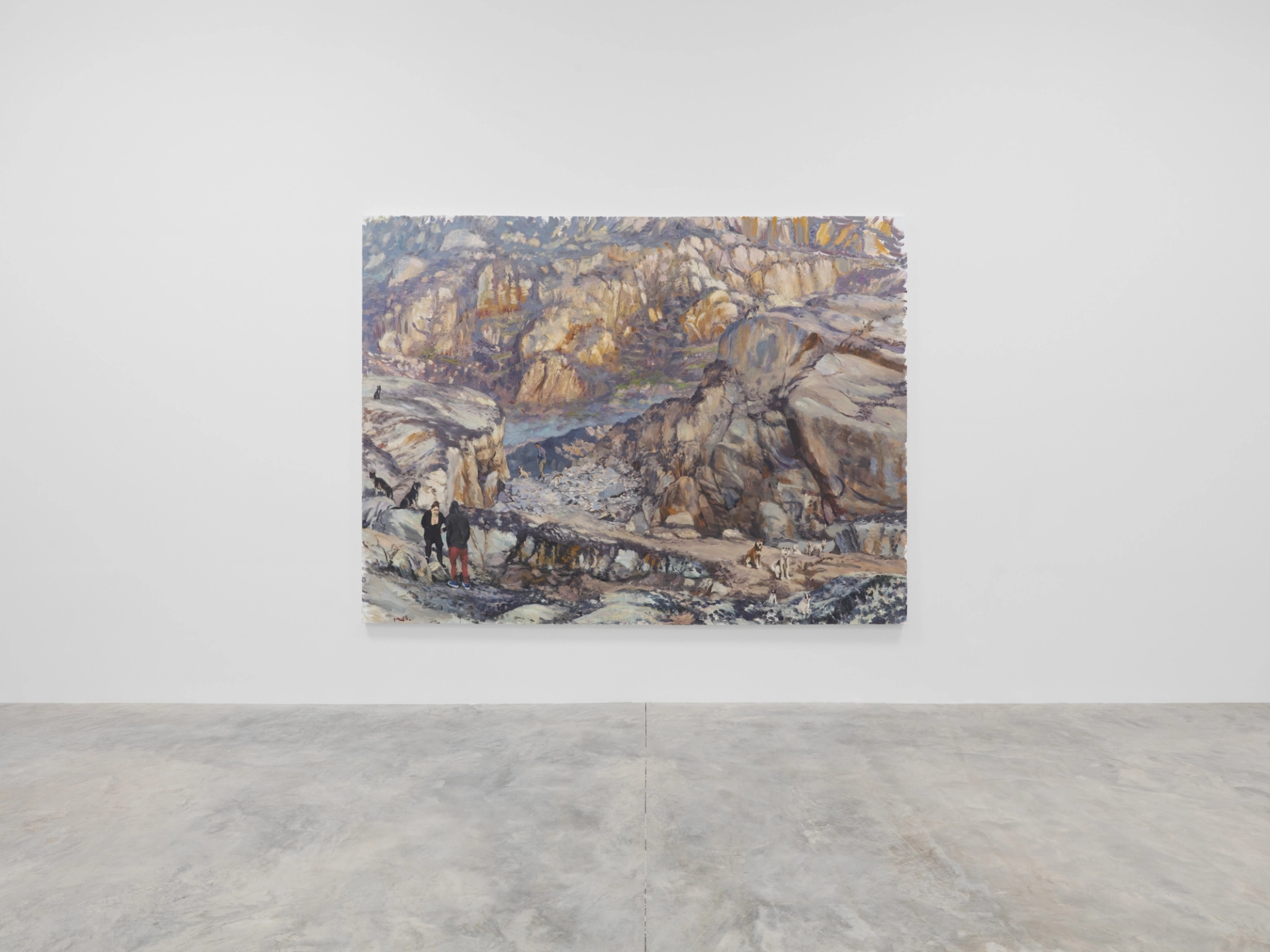 In his Greenland series, Liu Xiaodong reveals a world that is not idyllic, but full of contrasts; a world that is simultaneously brutal and picturesque, vibrant and dark, modern and traditional, joyful and sad. While the artist documents a way of life that is both maintained by tradition and greatly changed by industrialization, the viewers are reminded of the precariousness of human life and the instability of a once unconquerable environment doomed to disappear as the temperatures continue to rise. 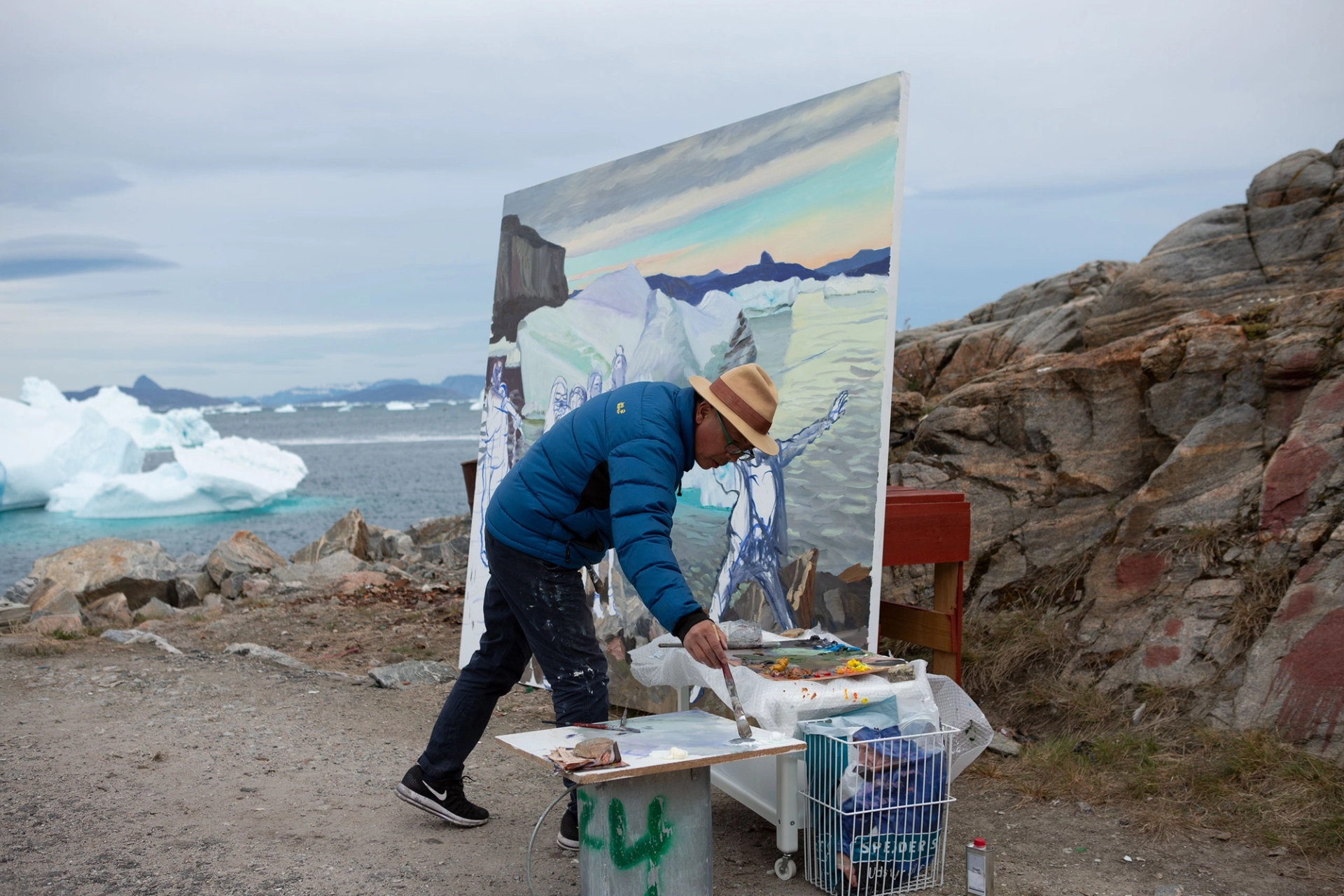 Liu Xiaodong (b. 1963) is a leading figure among the Chinese Neo-Realist painters to emerge in the 1990s. His large-scale works serve as a kind of history-painting, documenting the people living on the margins of the emerging world and raising awareness of a wide array of global issues, such as population displacement, environmental crisis, and economic upheaval.