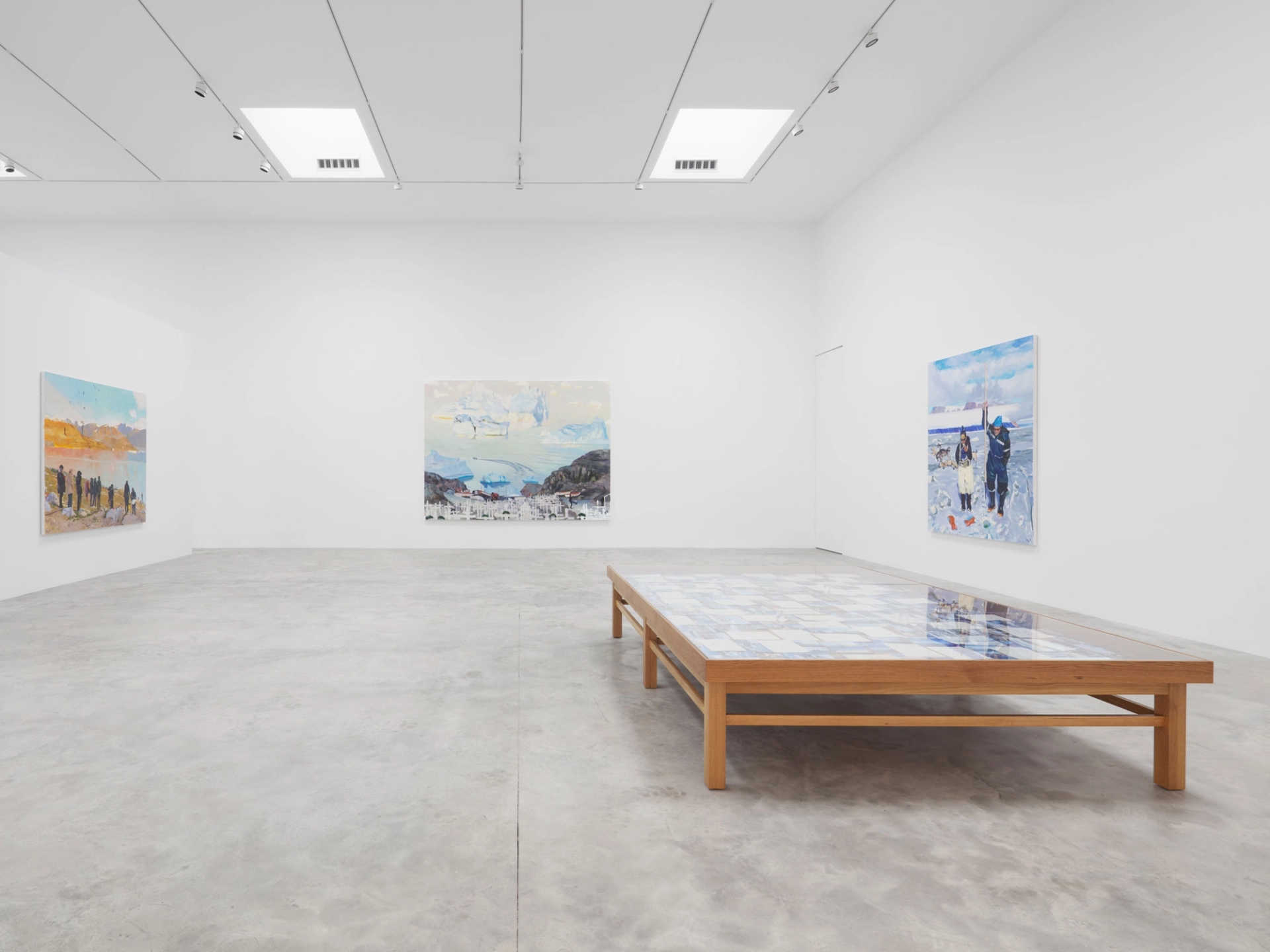 Faurschou is a paradise for local art lovers

Walk into Faurschou and you might think, based on the smell, you’re not in a gallery but a spa. Galleries can have a pleasant smell, sure, but after taking a few steps into this palatial space — located at 148 Green Street and highlighting a limited but potent collection of global art — you’ll notice hundreds of bars of soap neatly stacked like the bricks of Jenga pre-demise. The word THREAT is carved into each bar; the hope is that as each bar is taken, the scent will recede, and we’ll all have played a part in making something new. The ethos of this simple, conceptual piece — Threat by Shilpa Gupta — is emblematic of Faurschou’s permanent collection, which features three other works by female artists also touching on themes of destruction and fragility. Mona Hatoum’s Turbulence houses tons of iridescent marbles held together, near-magically, in a pen made out of a single string of fishing line; Tiffany Chung’s From the Mountains to the Valleys, From the Deserts to the Seas: Journeys of Historical Uncertainty is a contemporary glass menagerie with miniature animals, from porcupines to dolphins, on a pilgrimage toward an unknown tomorrow; and Shirin Neshat’s photograph Speechless offers the relentless gaze of both a young woman and the barrel of a gun, peaking out just over her ear. Given ample space to breathe, these works are more captivating than they are troubling; the airy environs give plenty of room for considering each piece (at multiple angles) and moseying on over to the next one. The rest of the gallery is dedicated to the current exhibit, Liu Xiaodong’s Uummannaq, named for the coastal municipality in western Greenland. Xiaodong’s exhibit features a video, photographs, and paintings that document his time in this isolated fishing community and how global warming continues to make its people’s already teetering lives all the more precarious. Nonetheless, Xiaodong also captures the glee, warmth, and mundanity of a town humming with life and rich in natural splendor. The work is expertly curated, and the space will soon become all the more alluring — a restaurant featuring Danish cuisine is being planned to sit adjacent to the gallery space. Until then, Faurschou — free and open to the public — is already a feast for the eyes, ears, and nose. Read the full article on Greenpointers here [external link]