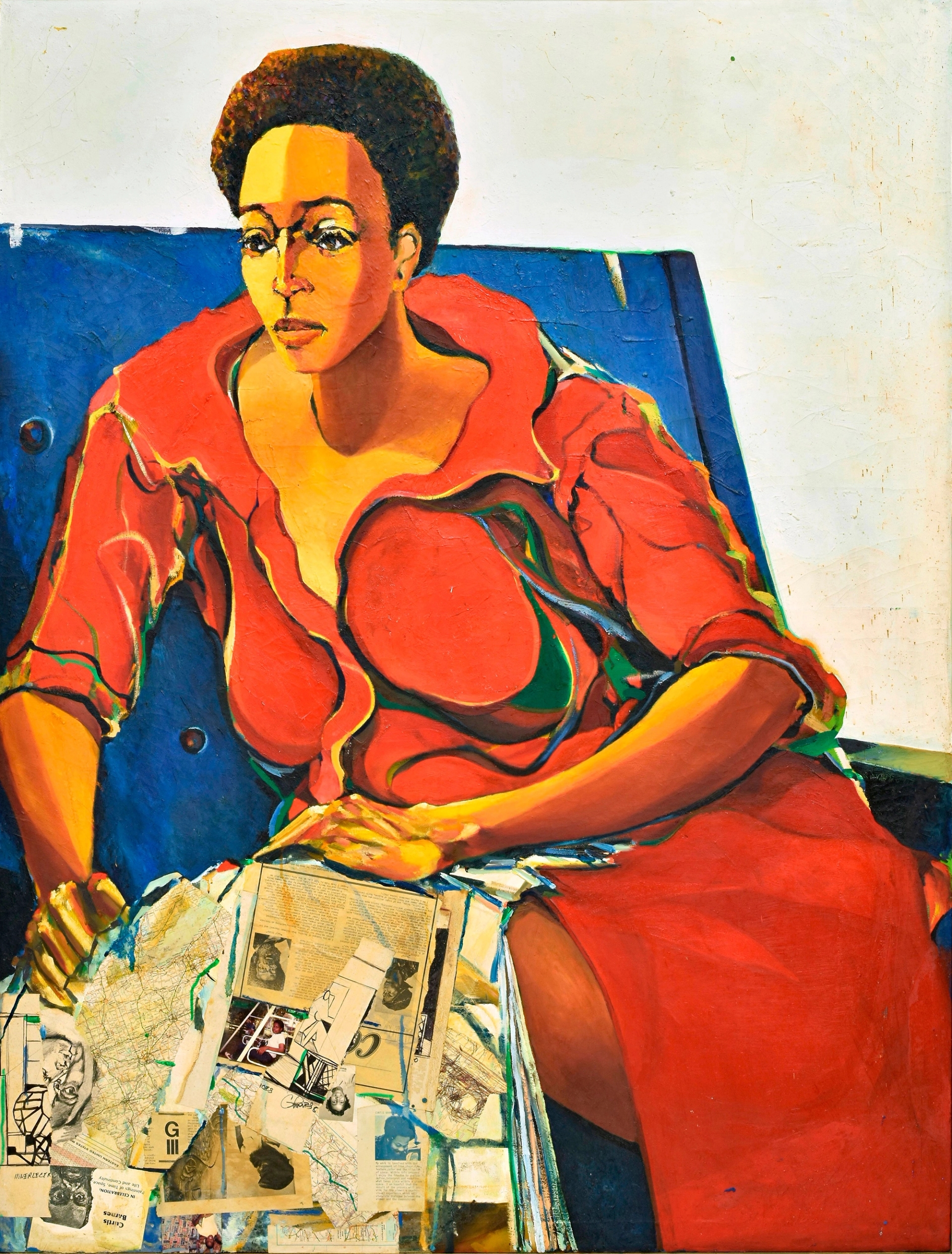 We Wear the Mask on view at Faurschou New York from September 10, 2022 through January 29, 2023, presents paintings by Curtis Barnes Sr. in New York for the first time.

Barnes (1935-2019) spent most of his life as a key figure in the artistic community of Dayton, Ohio, producing a rich body of work that drew on the liberatory frameworks of post-colonial thinkers, free improvisation of jazz music, and enduring friendships and mentorships. 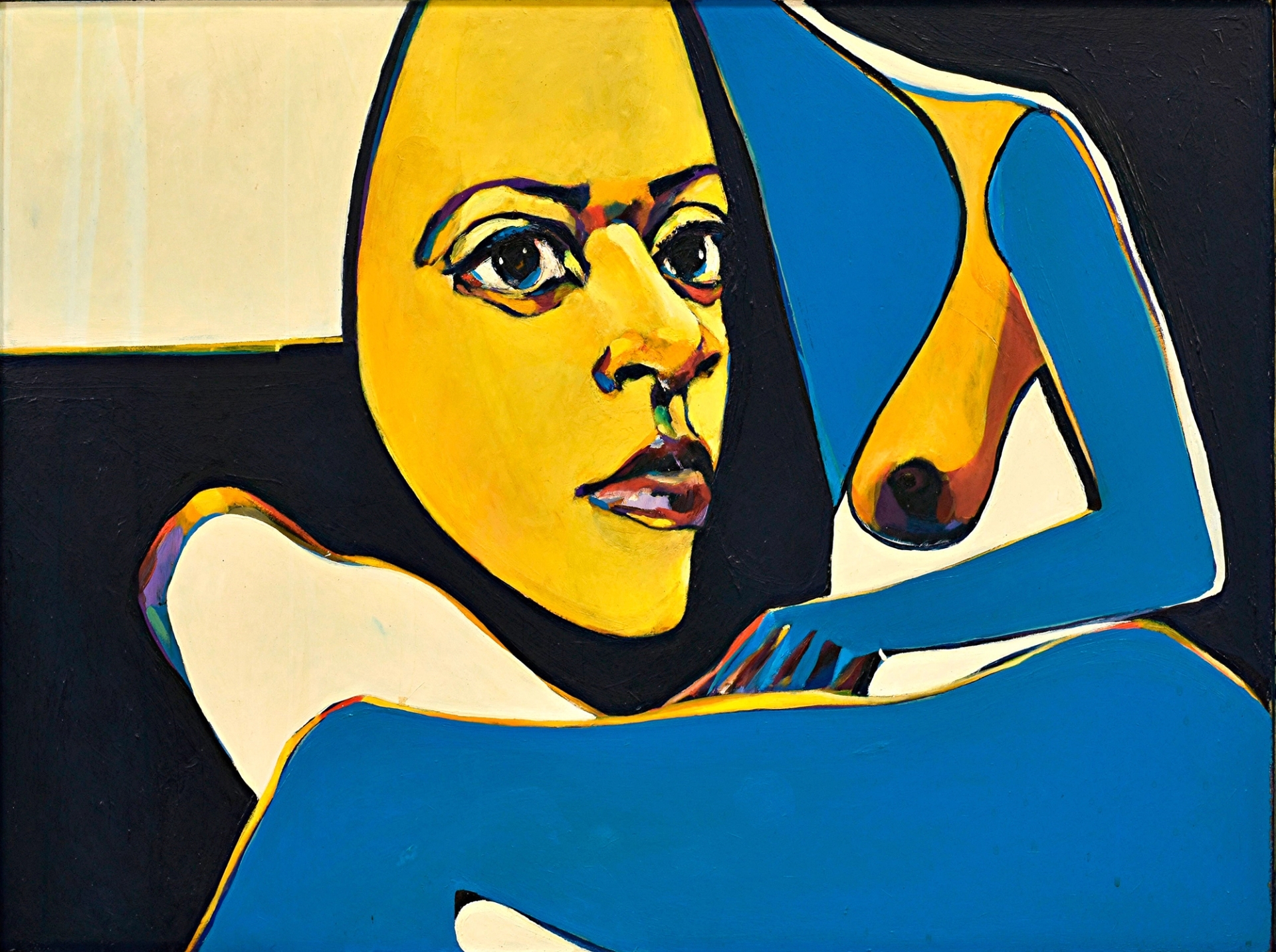 Taking its title from an 1895 poem of the same name by Paul Lawrence Dunbar, We Wear the Mask explores the interplay between face and mask in Barnes’ works. For Barnes, the mask as ritual object, image, and emblem of African culture became an effective expression of the African American spirit. By painting African masks into his portraits, Barnes reconnected the masks with the cultural history of Black faces, reclaiming control over representations of his culture and experience. As the artist expressed it, with the mask he could “hold on to the Africanness of the image.” 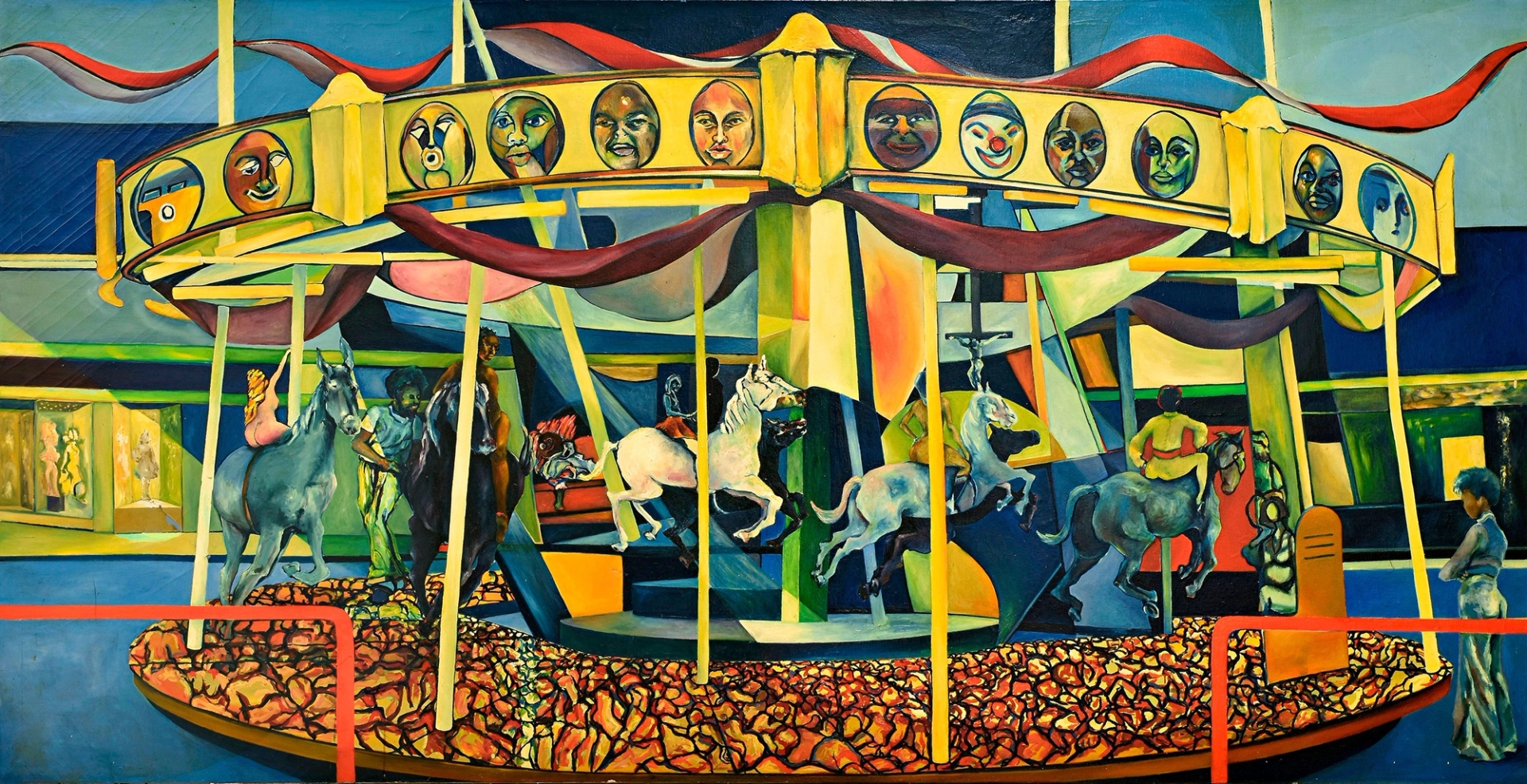 Comprising a selection of Barnes’ portraits and self-studies, We Wear the Mask introduces Barnes as an experimental colorist admired by his students for limited yet powerful palettes. The yellows, blues, and reds in his subjects’ faces speak to the lyricism and freewheeling embrace of abstraction found in Barnes’ work. His mask-like portraits reveal subjects close to the artist who he represented vulnerably and honestly. In these paintings, Barnes opens our eyes to the structures that we find ourselves in, freeing ourselves from the masks behind which we dream, cry and smile. 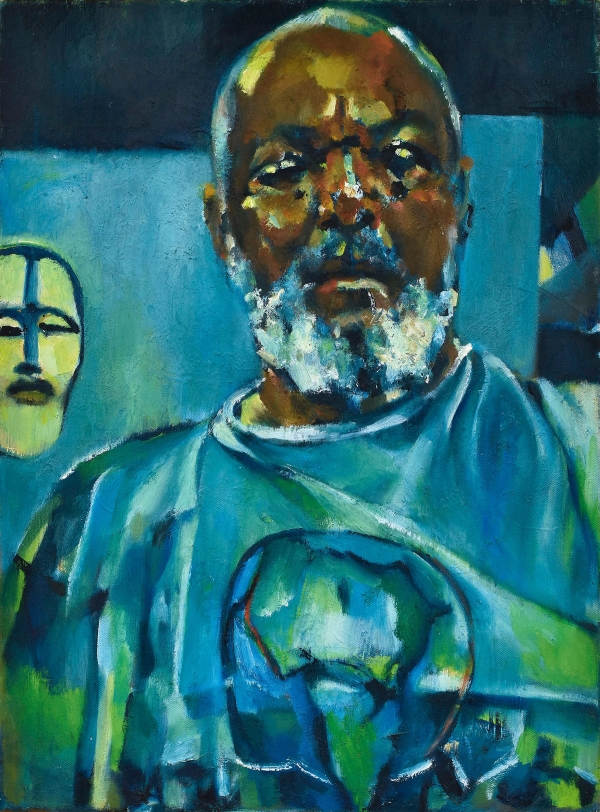 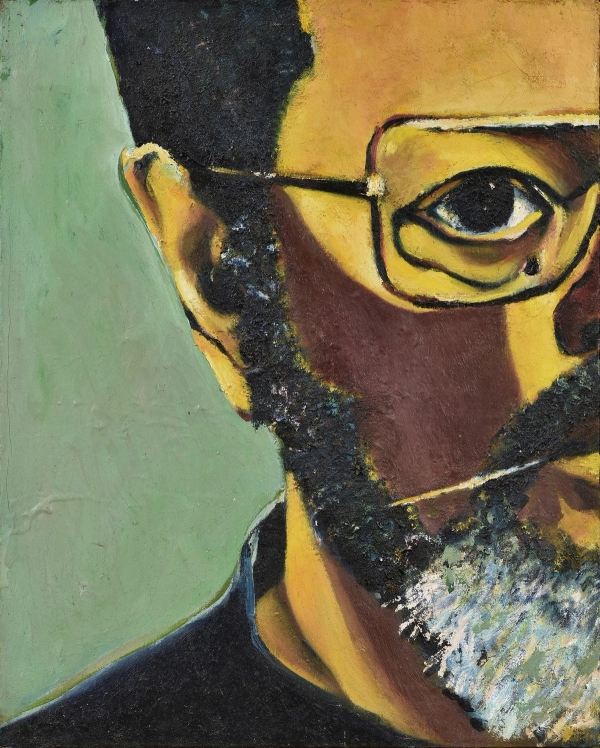 Curtis Barnes Sr. was born in Wilson, North Carolina in 1935 and died in Dayton, Ohio in 2019. In his childhood, he experienced the bleak years of the Great Depression as well as the era of Jim Crow. As a teenager, Barnes worked in cotton and tobacco fields alongside his sharecropper parents. In 1953, at the age of eighteen, Barnes joined the military and left the South. In 1962, he settled with his wife in Dayton, Ohio where he started general educational studies at the University of Dayton. Barnes worked as an art educator in Dayton Public Schools from 1972-1977, and later taught as an arts education professor at Sinclair Community College from 1977-1994. He was appointed Professor Emeritus at Sinclair in 1995. 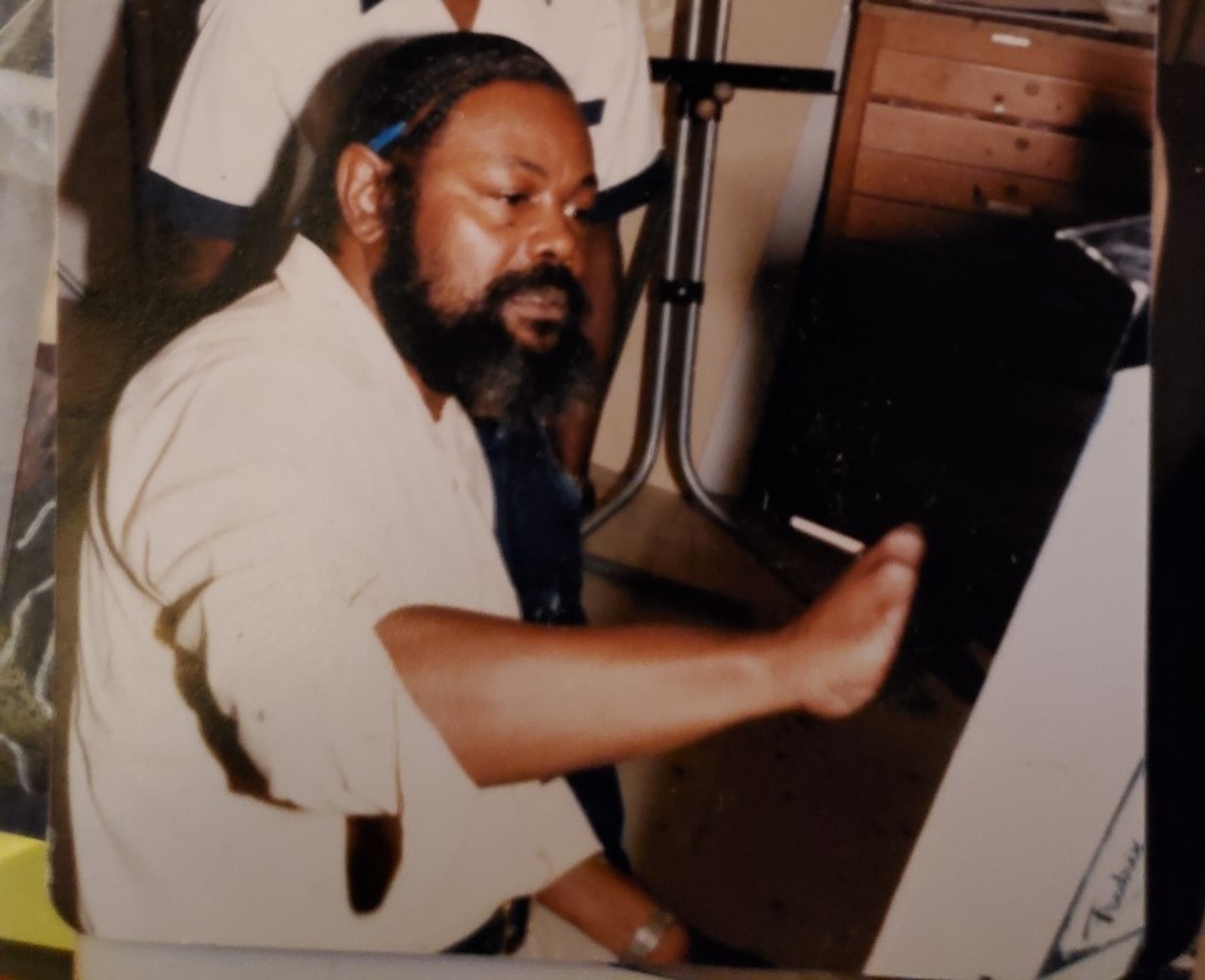 Barnes was committed to forming a network of collaboration and support to help promote the work of all black artists in Dayton. This led to him founding Genesis III, and African-American art coalition in 1975, and cofounding the African-American Visual Arts Guild in 1992 with fellow artist Bing Davis. Barnes received the Paul Laurence Dunbar Humanitarian Award in 1994, and a Lifetime Achievement Award from the Ohio Arts Council in 2008. His works can be found in private collections throughout Ohio, North Carolina, New York, California and more. Significant retrospective exhibitions include “To Abstraction” European and African Influences in the paintings of Curtis Barnes, 2007, and Masks, Musings, and Music: A retrospective exhibition and symposium on the art of Curtis Barnes Sr., 2009, both at the University of Dayton, Ohio, and Love and Peace, The Contemporary Dayton, Ohio, in 2021. 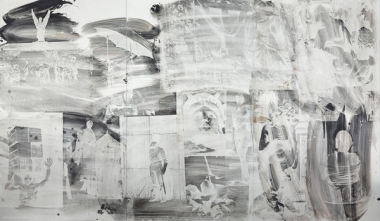