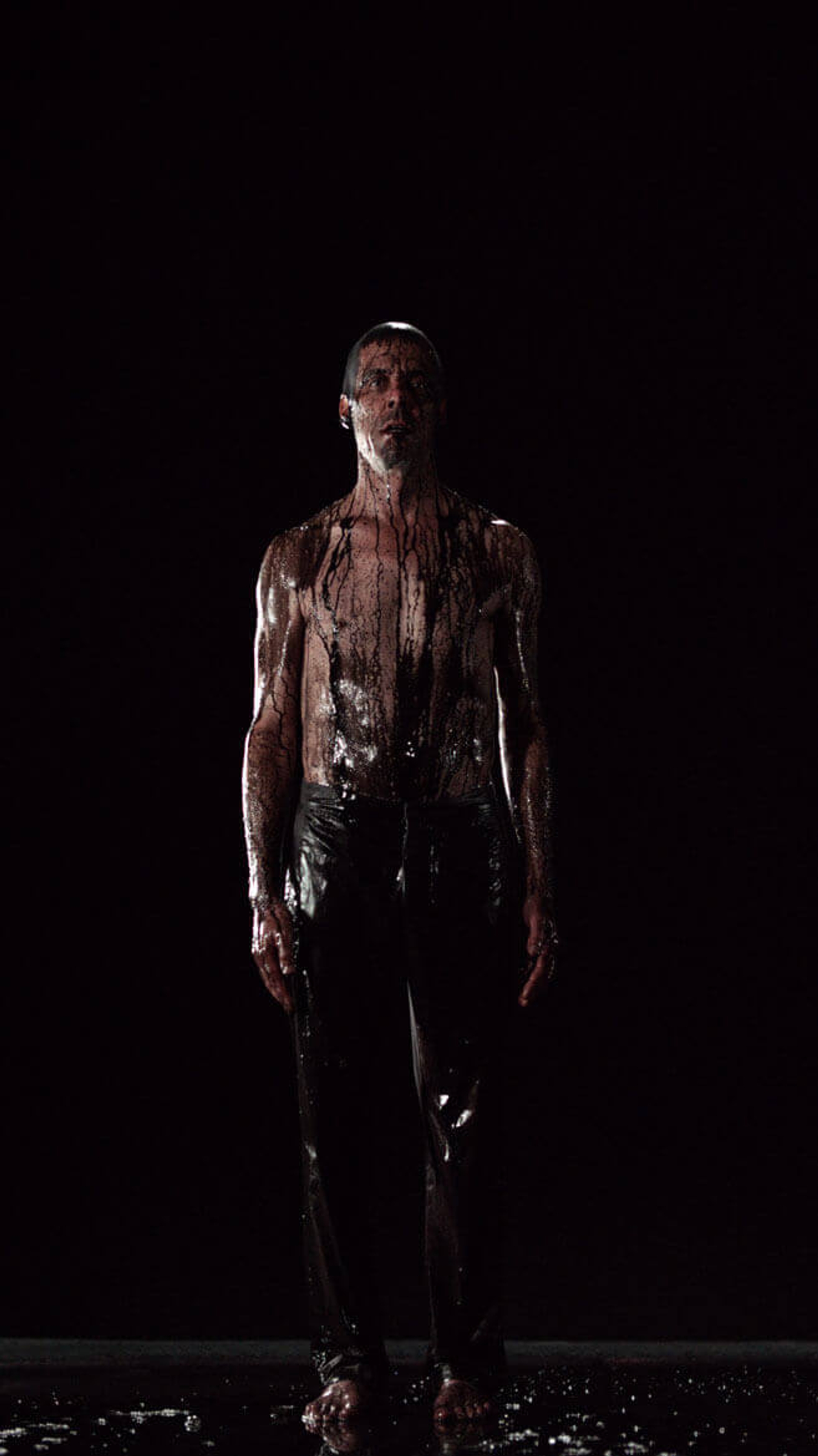 Faurschou Beijing is pleased to present Transformation, the first solo show in Beijing by American master of video art, Bill Viola. In a 40-year career, Bill Viola has been a leading, artistically outstanding figure in this art form. His iconic, large-scale, ultra-slow-motion cinematic videos have been technically innovative and have transcended the genre. Transformation will be on view at Faurschou Beijing from November 16, 2014 through April 26, 2015 In his works Viola explores the power and complexity of human emotions. His installations are about life, death, birth and rebirth, presenting bodies under extreme pressure, ascending and descending, in motion and at rest. Visually his images are strikingly beautiful, composed by the hand of a master in control of a wide range of tools and a rich palette, that above all, create a direct emotional appeal to the heart of the viewer. Transformation will include the world premiere of Inverted Birth (2014), Viola’s most recent work. Towering to a height of 5 meters, this video and sound installation, as Viola’s states, “depicts five stages of awakening through a series of violent transformations.” It begins with a man looming forth from the darkness, drenched in black fluid. Gradually the fluid begins to rise; at first it is almost invisible, but after a while its motion escalates and it becomes a roaring deluge. The fluid changes several times; from brown to red to white, and ultimately becoming transparent as water. The film correspondingly changes in mood, from despair and fear followed by the purification of cleansing water. Finally, a soft mist brings acceptance, awakening, and birth. The fluids represent the essence of human life: earth, blood, milk, water, and air, and the life cycle from birth to death, here dramatically inverted into a transformation from darkness to light. 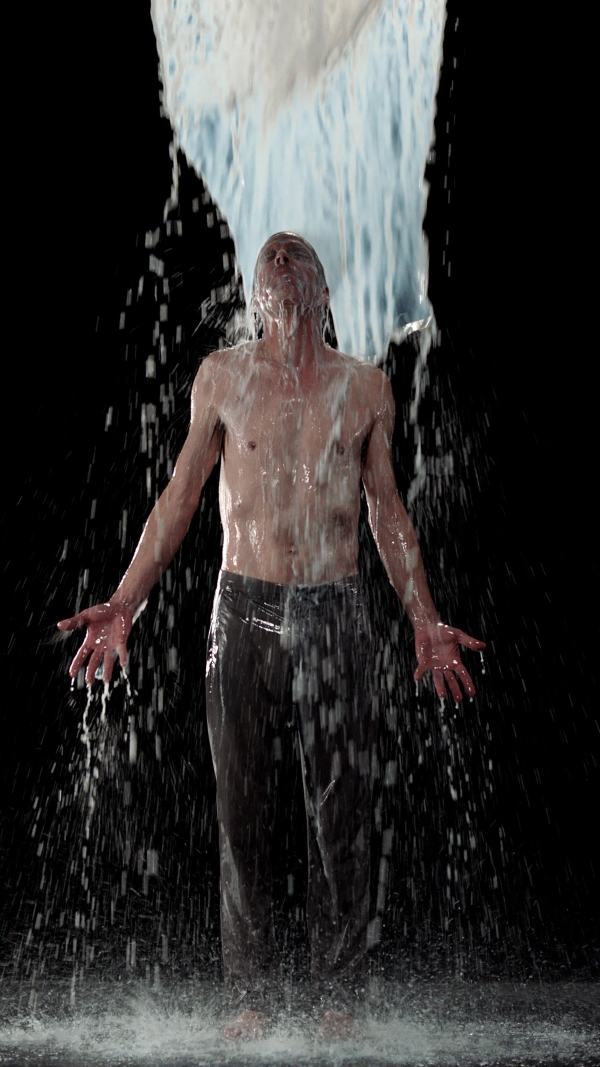 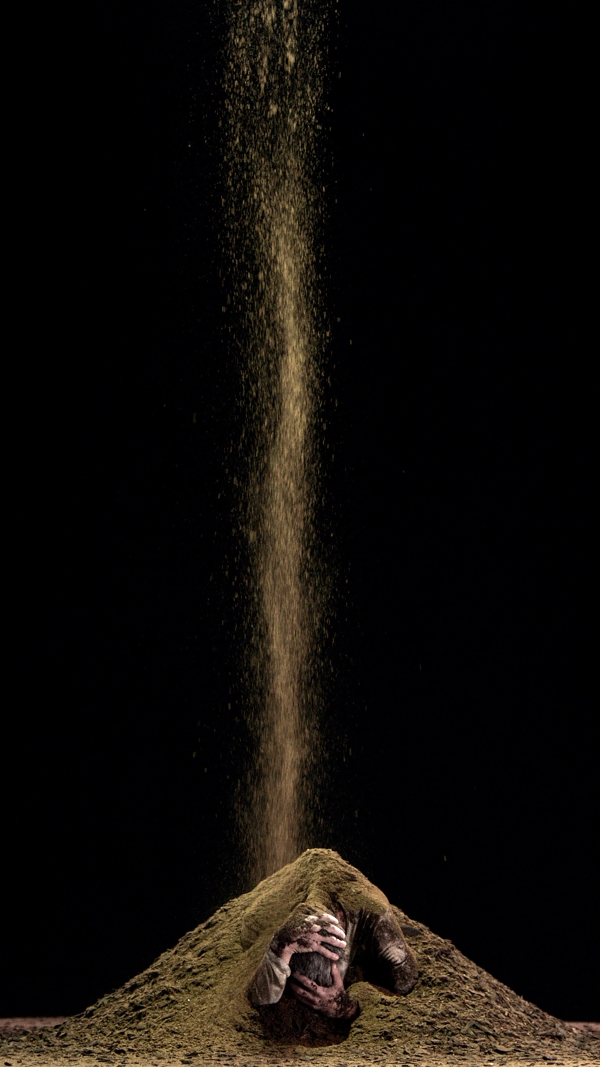 In addition to Inverted Birth the exhibition presents four individual works derived from Viola’s large-scale permanent video installation Martyrs (Earth, Air, Fire, Water), 2014, at St Paul’s Cathedral in London. The four martyrs are tormented by the essential elements of earth, air, fire and water. Kira Perov, Viola’s partner and collaborator, writes, “As each of the four works opens, four individuals are shown in stasis, a pause from their suffering. Gradually there is movement in each scene, as one of the natural elements begins to disturb their stillness. Flames rain down, winds begin to lash, water cascades and earth flies up. As the elements rage, each martyr’s resolve remains unchanged. In their most violent assault, the elements represent the darkest hour of the martyr’s passage through death into the light.” The martyrs, Viola explains, “exemplify the human capacity to bear pain, hardship and even death in order to remain faithful to their values, beliefs, and principles. This piece represents ideas of fortitude, endurance, and sacrifice.” 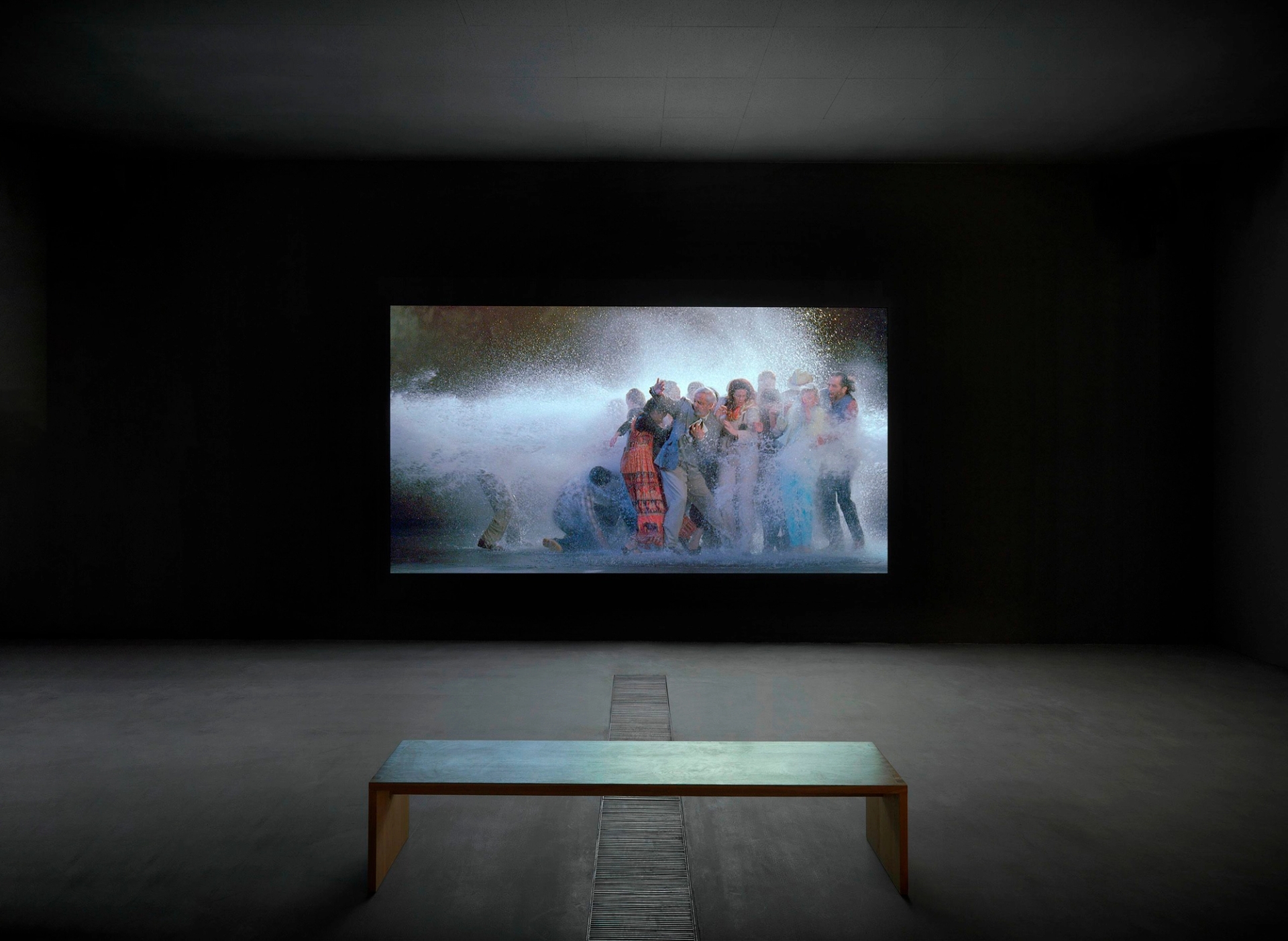 The Raft (2004), a large video and sound installation, depicts the reactions of a varied group of people after suddenly being struck by a massive onslaught of water. People in the group cling to one another for survival, as the act of simply remaining upright becomes an intense physical struggle. After the water stops, it leaves behind a band of suffering, bewildered, and battered individuals. The group slowly recovers as some regain their senses, others weep, and still others remain cowering, while the few with any strength left assist those who have fallen back to their feet. Using his signature slow motion, Viola creates a scene that unfolds gradually to reveal subtle nuances of the light and color in the explosive impact of the water and the individual expressions and gestures of the figures.

Bill Viola was born in New York in 1951 and graduated from Syracuse University in 1973. A seminal figure in the field of video art, he has been creating installations, video/films, sound environments, flat panel video pieces and works for concerts, opera and sacred spaces for over four decades. Viola represented the US at the Venice Biennale in 1995. Other key solo exhibitions include; Bill Viola: A 25-Year Survey at The Whitney Museum of American Art (1997); The Passions at the J.Paul Getty Museum (2003); Hatsu-Yume (First Dream) at the Mori Art Museum in Tokyo in 2006; Bill Viola, visioni interiori at the Palazzo delle Esposizioni, 2008; and Bill Viola, Grand Palais, Paris 2014. In 2004 Viola created a four-hour long video for Peter Sellars’ production of Wagner’s Tristan und Isolde that has had many performances in the US, Canada, Europe and Japan. Viola has received numerous awards including XXI Catalonia International Prize (2009), and the Praemium Imperiale from the Japan Art Association (2011).