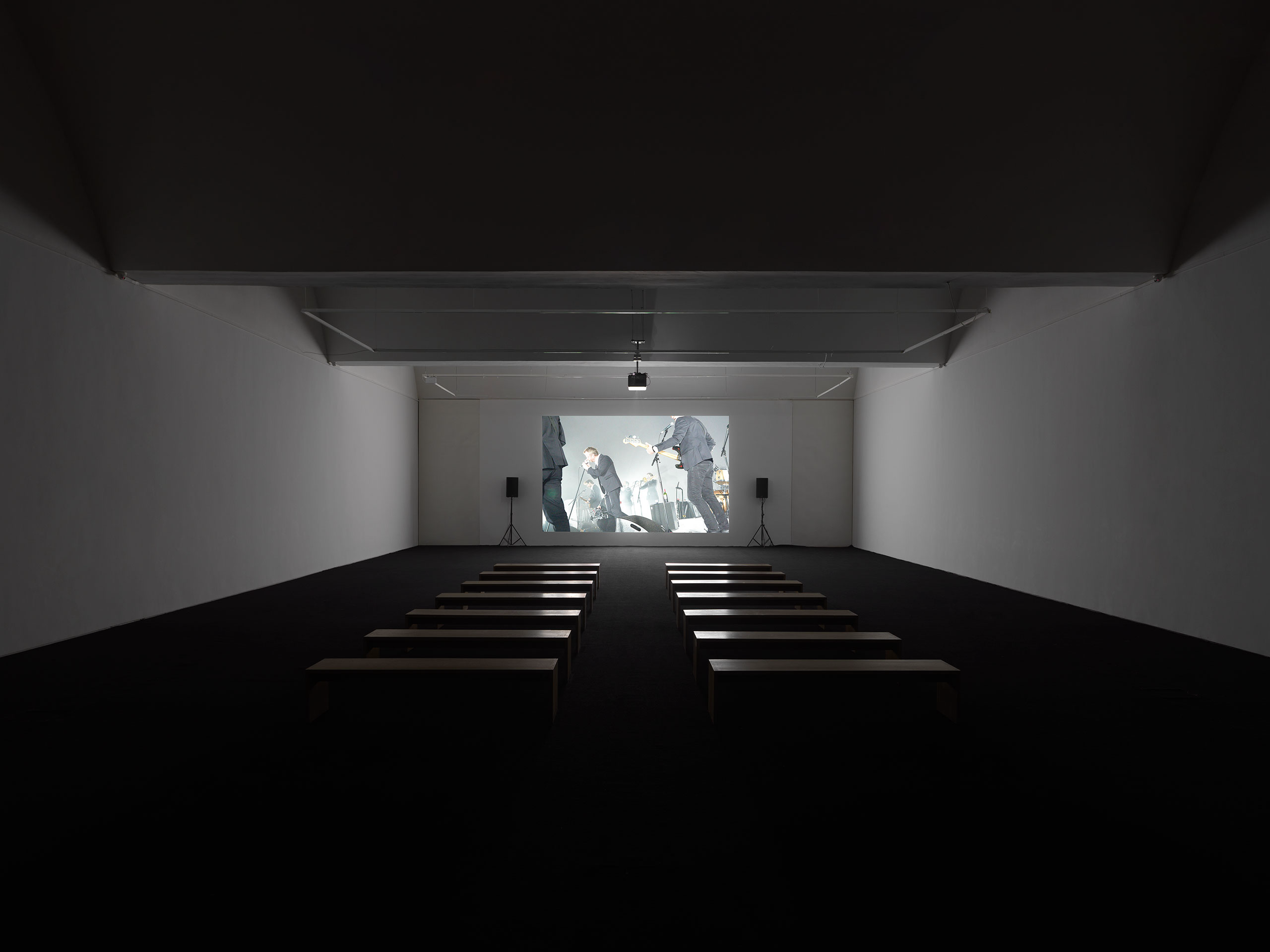 Ragnar Kjartansson A Lot of Sorrow 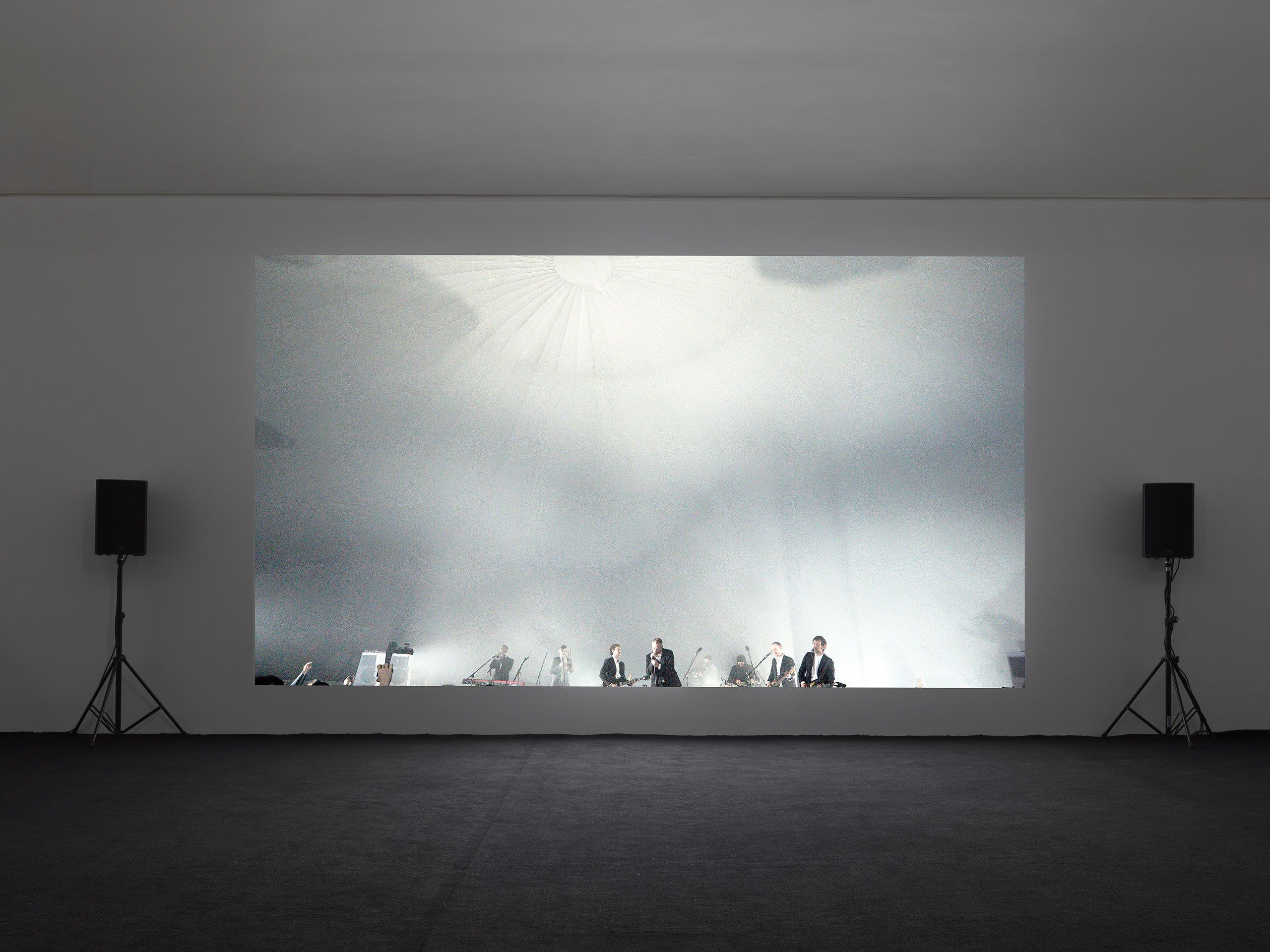 The work, A Lot of Sorrow, is a single channel video, showing a six-hour long concert by the American band, The National. The band performs their song, Sorrow, repeatedly, in an uninterrupted loop.

Having been first performed at MoMA PS1 in 2013 as a live concert, the piece is an impressive demonstration of perseverance and strength—both physically and mentally.

As a reproduction in the form of a video installation, the visitors are able to experience the struggles and emotions the band members undergo throughout the performance. Depending on what stage of the performance the band is in, the audience will notice different states of energy, emotion, exhaustion, rejuvenation and relief. Each version of the song is, thus, unique; Each time the installation is visited or re-visited, the audience is met with a new experience, depending on their own state of mind, and the time of the performance.

It is the first time that a work by Ragnar Kjartansson is exhibited in China, and Faurschou Foundation is honoured to introduce his powerful performance video in East-Asia.

Ragnar Kjartansson has explained that his works are “always about a feeling, but there’s no story.” He works with repetition to explore the tragicomic in simple situations—through and beyond the boring—combining sorrow and happiness, horror and beauty, drama and levity. His works are often conducted as performances and video installations, but incorporate the entire spectrum of the arts; music, film, classical theatre and literature. Kjartansson was raised in an environment of theatre and music, and combines this world with his observations of people, who—as the artist concludes—ultimately fail to reach perfection—despite endless repetition. 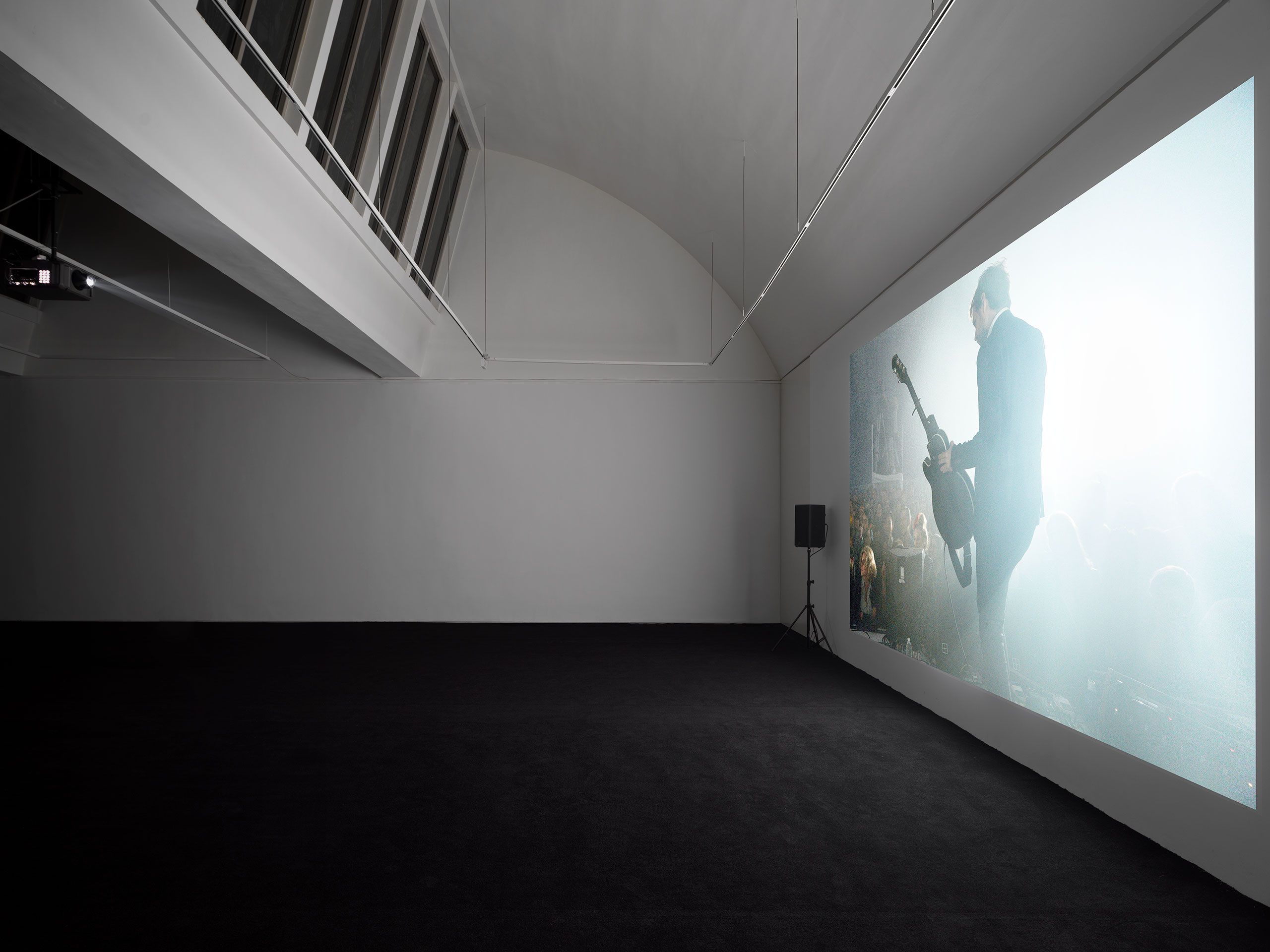 always about a feeling, but there’s no story. 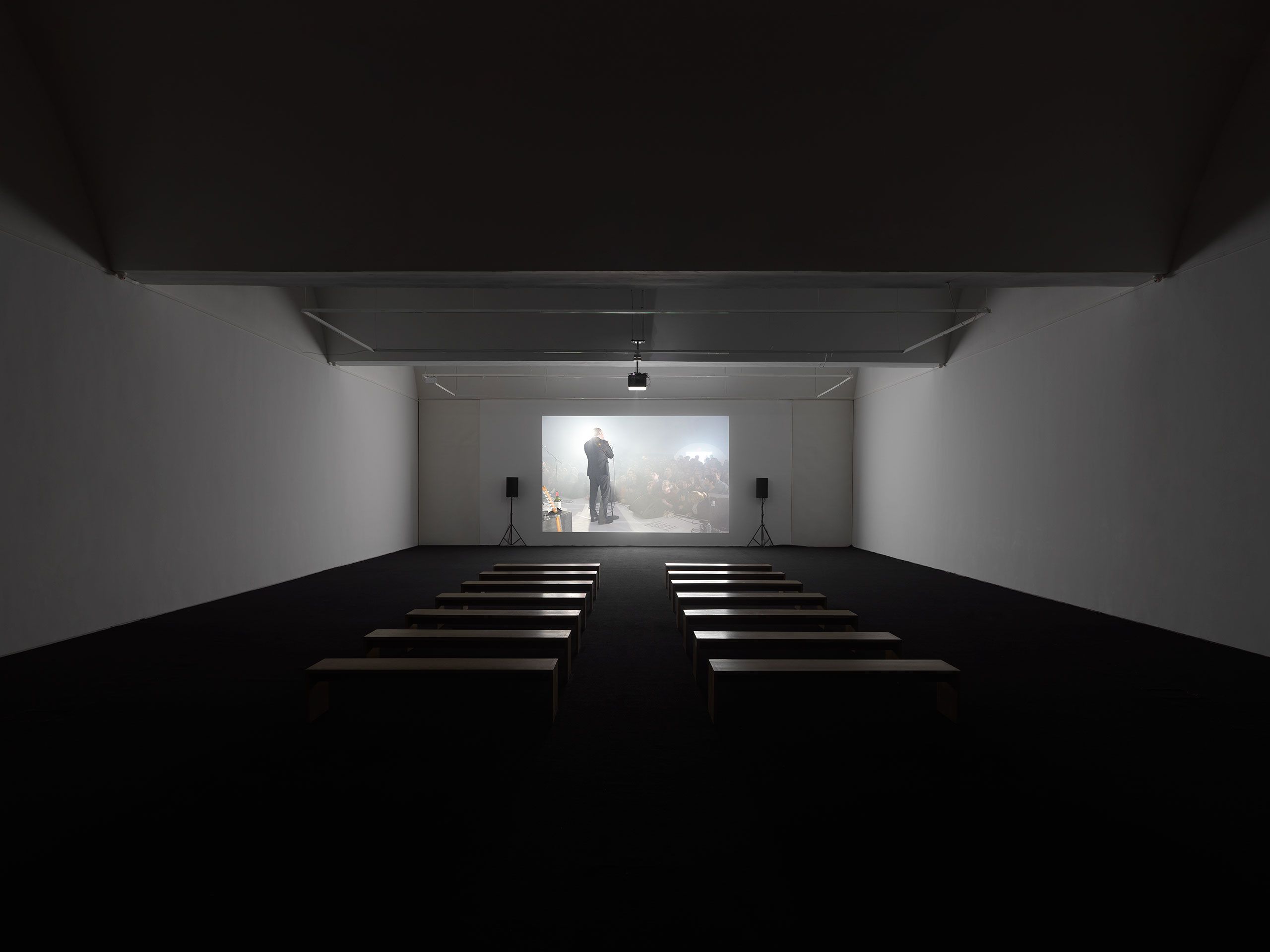